One of the computer games that caught the attention of the crowd at E3 this year was Cyberpunk 2077. Old cyberpunk geeks have been tracking the project since it was announced. Now, after the teasers and given the reputation CD PROJEKT RED has earned for themselves with The Witcher, very many more gamers are paying attention.

If you missed the 2013 announcement trailer you can see behind the scenes here and catch up on the development of the women in white.

Polish model painter Jaroslaw Camelson Drabek was asked by the computer to paint up a model for them. The problem? He was only given a few days.

Camelson accepts comissions and runs a Patreon page for supporters. The work on the cyborg here is impressive. 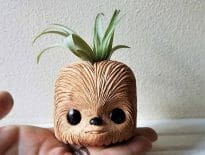 Geek Stuff Treat yourself to a Chewbacca planter 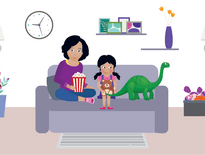 Geek Stuff Tomorrow’s jobs: Will our children be dinosa…
💰 Copper Coins 💰 Geek Native is an affiliate and may earn commission on purchases you make from third-party sites.
🍪 Privacy & Cookies 🍪 The site uses cookies to survive. By accessing the site, you agree to use your browser to control cookie use or take 1d4-3 privacy damage (tracking). If you defeat cookies via ad blocking, please consider the Patreon. An intro to cookies, and how to control them, can be found here. I Manage Cookies