You are here: Home / Games / Tabletop & RPGs / Genre Police: The Sum Of All Fears 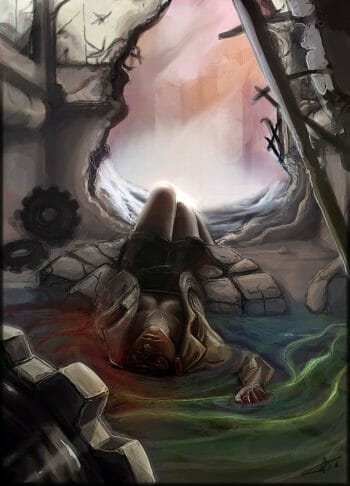 It’s far too late, far far too late to do anything about it. The end is not nigh, it’s been and gone. All that remains is this wasteland. And into this wasteland comes one man, a man with a mission to inform you about a genre. Count your bullets road warriors, let’s drive headlong into the post-apocalypse.

Set After The Sirens End, Written Before They Begin

Post-apocalypse stories tend to be science fictions least subtle ‘early warning’ tales. The formula is as unsubtle as it is simple – pick the oncoming tragedy you worry about the most – Nuclear War, Biological Agent, Genetic Engineering, AI Revolution among others – and make it reach the optimal worse conclusion before adding heroes. Just ask Mutant: Year Zero, The Walking Dead, Oryx & Crake, or The Terminator. There are lots of ways to end the world. These messages are often raw, straightforward and blunt but have a punk rock effectiveness.

To some extent, this vast canvas of reasons is a product of the genre being a collision point for many of the influences we have been talking about on this list previously. While the genre was likely invented by Mary Shelley (how many did she make?), it rose to prominence in the nuclear dawn of the cold war and gained popularity in part because it very easily straddles several worlds – pulp fantasy storytelling couples with pessimism and speculative nature found in hardline SF. From lone gunslingers who roll into town to communities tearing themselves apart out of fear, there is usually something for anyone to find. A million cautionary tales, each a new herald of our downfall.

It’s this diaspora of influence that can often lead to Post-apocalyptic games being difficult to gel into a cohesive whole. It’s very hard to easily identify what is viable and what tropes exist in each Post-Apoc world. ‘Does this one have robots? What about zombies? Are the mutants all psychic?’. Is Mad Max a western? Speculative Fiction? Or a sort of odd police buddy-revenge thing? Does Judge Dredd count, or is that cyberpunk? Or can it be both?

That’s why many PA works purposefully bolt on bits from other genres in order to clarify the message. A lot of them are unashamedly western and embrace the pulp element, or try 80’s action (looking at you Turbo Kid) or magic into the mix while the harder sci-fi apocalypses tend to have a more real element in order to reaffirm the fact they have a message to spread.

Of course the genre doesn’t show any signs of slowing down…just evolving. Once radioactive wastelands are now dominated by super-virus ravaged streets or transhuman abominations. New reflections of the fears we feel our society must face.

I’m surprised we haven’t had a Brexitocalypse RPG by now.

Before we begin a few honourable mentions. No doubt someone is screaming at the screen. ‘End Of The World’ line by Fantasy flight, only getting left out because of some of their stories sort of taking place during or before an apocalypse, and to ‘Shayo’ because it was never released. But if it ever did, it’d be on this list. Post-Apocalypse SAMURAI, people. The first casualty of Brexit, apparently. No really.

Mutant: Year Zero: This line is an interesting one. Its game mechanics focus not only on exploration, desperate survival and resource management but also the power of community and the value of relationships to affect change. It’s a wonderful game with some mechanics you should use straight away for any game where the PC’s have a home base.

Gamma World: With its tongue firmly planted in its cheek, if that is where its tongue is located, Gamma world defies expectation to give a positively upbeat take on the post-apocalypse world, mixing DnD sensibilities and a comix vibe, this is a very silly wasteland. The new edition of character creation is a marvellous set of ‘roll some stats and justify them’ game, the result is some seriously weird characters. I’ve personally seen a sentient outhouse, a group of x-men parodies, a swarm of kittens and a schoolgirl Cthulhu. And those were the normal ones.

Apocalypse World: There are two games that you have to mention if you talk about this genre. One of those is Apocalypse world. Not really my cup of tea as you have to surrender a lot of story direction to play it and with the wrong group it can then meander into nothing if played right, AW is a revelation. It tonally shifted a lot of people’s thought processes and now a massive amount of titles are ‘powered by the apocalypse’. It’s a great game but don’t go into it expecting an established setting, or to be able to build your campaign beat for beat even hours before a session.

What’s the other game you have to mention? Well, I haven’t mentioned it yet. Some people are no doubt yelling it at the screen by now.

A few elements you might want to consider putting into a game to get that real post-apocalypse feel. Just be careful you don’t get rad sickness from these ideas.

Shadow Of The Fall: Clues as to the previous society and the fall that brought it down are everywhere. People live in the hollow out carcass of the old world. It’s bones just through the earth and is visible. Describe things oddly but hint at their past purpose or if this apocalypse was recent, explain how badly things are repurposed. Allow people to find useful artifacts of the world before that tip the balance.

Enclaves In Caves: People have banded together in tight communities that resent outsiders. Settlements will often be being made up of paranoid survivors or the weak ruled by the strong. These private fiefdoms are open to all kinds of hell and accusation, with dwindling resources creating desperate behaviours. Make sure that each settlement has at least on eccentric behaviour.

Resource Scarcity: Food, water, ammunition, fuel. Any an all of these things might be a scarcity. Make players manage their resources and come down hard when they fail to achieve this. Punish those left without nourishment, strand those unable to continue a journey. Also create conflicts based on those resources. Imagine a fantasy world set on a desert or an ice plain. How much is a single tree worth?

Injury and illness & mutation: In a world with limited medical resources and few doctors, illness sweeps through communities and infection is a killer. Consider slowing healing down without the correct attention and sometimes if a player goes somewhere dirty with the wound, infect them with something horrid. Have doctors all be worshipped and/or held hostage by communities. Also, sometimes the cause of the fall can permanently mutate and warp flora and fauna as well as players, Make sure you have some odd mutation tables handy.

That’s the end of the line for this column. In the post-post-apocalypse column, we’re gonna get a bit more cheery and look at a far more pulpy endeavour and set sail, probably asking exactly where the rum has gone. 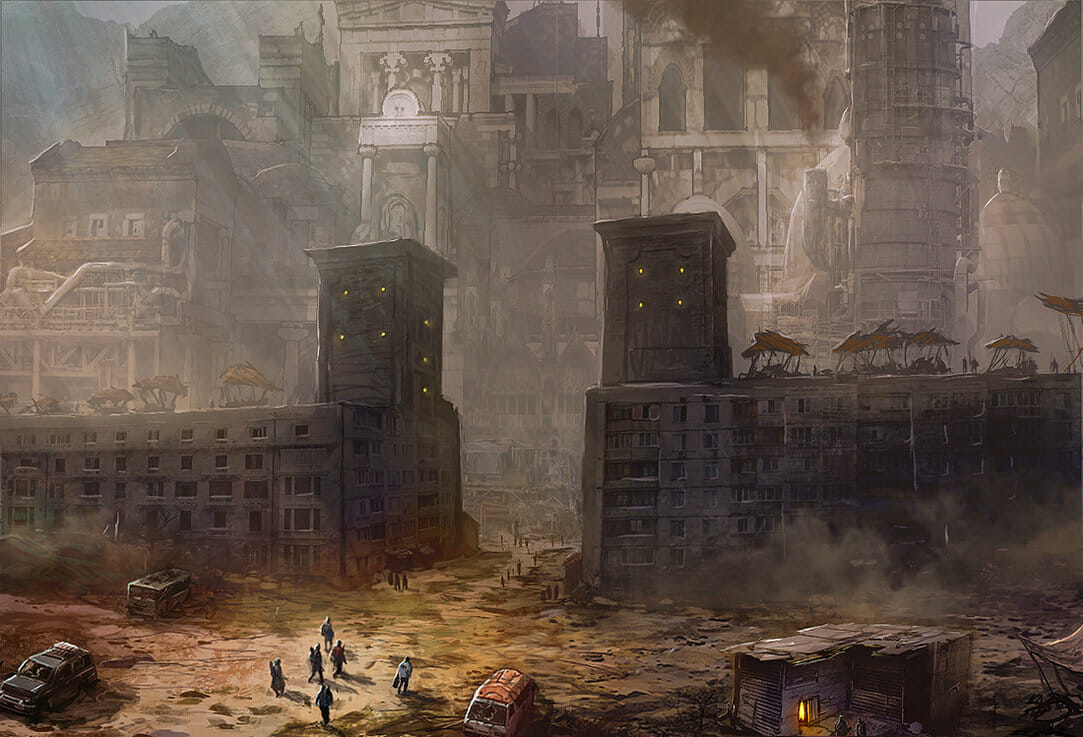 Genre Police: The Sum Of All Fears 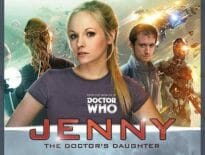 Books Doctor Who: Listen to the Doctor’s Daughter … 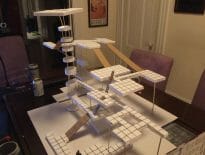