Last month we asked Cthulhu or Potter when Third Eye Games announced H.P. Lovecraft Preparatory School. Now the game is on Kickstarter, seeking just US$4,000 to fund, and there’s a chance to review the pitch for ourselves.

A pledge of US$15 gets you the PDF of the game and all PDF stretch goals and if you step up to US$30 you’ll get the print format instead ($10 extra for hardcover).

Here’s how HPL is introduced;

I bet you’re wondering, “What parent would send their child to a school like this?” Well, you’re not exactly a “normal” student. You’ve got supernatural powers! As a Witch, you can bend the eldritch forces of the universe to your will… what could possibly go wrong with that? Or you could be a Mad Scientist, developing strange and wondrous gadgets that almost never explode. Maybe you’re a Hybrid, forced to hide your alien features and disturbing powers. Or you could be a Summoner, accompanied by a terrifying little critter that follows you around like a puppy… if the puppy was inside out and covered with tentacles. Maybe you’re a Dreamer, with the power to invade and manipulate sleeping minds. And if you choose to be a Monday (normal kid), there’s always money and exceptional skills.

The game is described as semi-humorous that follows the traditions of Saturday morning cartoons, mystery busting kids and someone in a monster mask… oh, no, wait, this time the monsters are real.

The system is straight forward, based on the PDQ mechanics, 2d6 + modifier versus a target number. 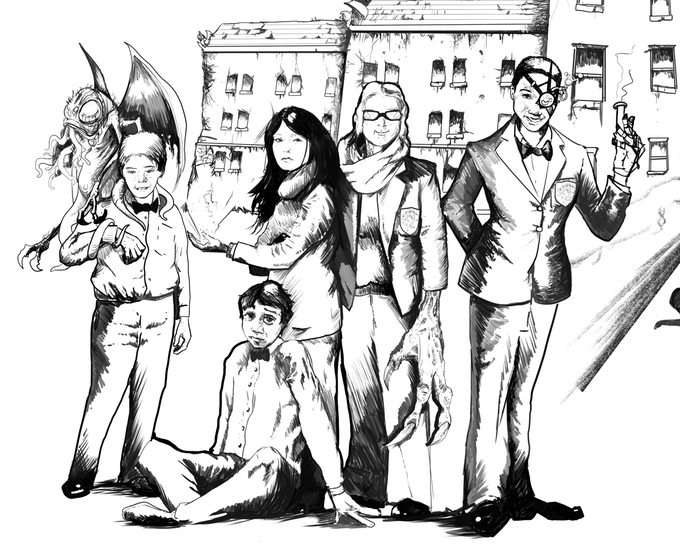 The 6 classes available are:

The first stretch goal at US$5,000 adds a new class – Chosen of the Nodens (think Buffy the Vampire Slayer) – and then “Carries” are added to the game if $US6,000 is raised.

The Kickstarter launched a few hours ago and has a dozen backers already. There’s 21 days on the clock.

You can back the game here.

Geek Stuff A million people have watched this blue marble