You are here: Home / Games / Tabletop & RPGs / Signs of the End Times – a review of Pax Cthuliana 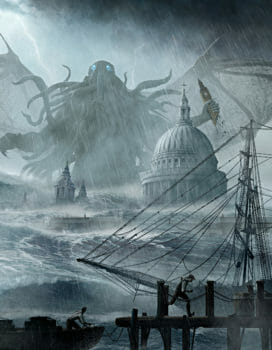 If I could pin down the spark in Pax Cthuliana, it comes down to a combination of excellent handouts and the cult of personality.

At heart, Pax Cthuliana – a 72-pages investigation, written by Jarle Haktorson, with art and handouts by Joseph Diaz and Even V. Røssland – runs a fairly linear path from start to finish, branching occasionally before returning to a common path. I found the word node coming to mind – you have some clear indications of where you need to go and who you need to see. There’s no sand boxing going on here, despite setting the whole thing in the heart of London.

The core of the document outlines the nodes of the adventure – the locations, the people, the events; while the back of the book packs in twenty-seven different, very high quality handouts.

It could be a fine analogy to compare Pax Cthuliana to a well-organised tourist bus trip around the highlights of England’s capital city, combined with stops to meet the well-heeled and notable locals. I won’t spoil it by saying where and who crops up along the way, but they ground the journey. Knowing these people anchors the events and adds to the visceral reality of what goes on – no matter how fantastical.

Pax Cthuliana also harnesses the power of sound, coming with it’s own Pax Cthuliana soundtrack, if you have the environment to support it. The text also references a few choice tracks from commonly available soundtrack albums – specifically Interstellar and Dragon Age: Inquisition. It’s a nice touch, especially where the dialogue runs alongside a track at the beginning of the investigation – a piece of exposition running in step with an orchestral crescendo.

Set in 1927, London provides a backdrop familiar from cinema and the small screen, so you shouldn’t struggle to get the atmosphere across. That sense of place and sense of connection pulls the players in deeper; that sense of involvement helps no end in carrying the game along at pace.

Along with that sense of pace, the relative linearity of the investigation and the well-crafted handouts mean that the publicity blurb isn’t lying when it claims you could run this in a session. I got halfway in a 2-hour slot – purely because my gaming group meets for only a very short time each week – and definitely expect to conclude in a second session. Anyone with a solid 4-hours game session and a focus to get the story told will definitely get the job done.

I won’t delve into the story, as that would spoil it. I’ll use the blurb:

A sinister discovery is about to unveil itself in your dreams… an untold secret that will disturb the soul of even the most resilient investigator… The slumber of Cthulhu will soon come to an end… as will humanity.

Yeah – there’s something satisfying having the Big C involved.

The adventure benefits from players that have a passing familiarity with the Cthulhu Mythos, but there are personalities in place who could provide a little bit of guidance should that experience fall short. Indeed, along the way, those personalities provide key moments for the GM to ramp up the performance a bit, if desired, and could benefit from a few additional bits of prep; a top hat and a pipe wouldn’t go amiss, for example. You could even scatter the gaming table with some knick-knacks of suitable antiquity, like old leather-bound books, scraps of notepaper, old maps of London, tea-stained invoices…

As is, the adventure should be memorable. Pushing the boat out, you could get the players talking about this adventure for years to come.

Running Pax Cthuliana requires no system. You can run this with nothing more than the book, the handouts and a group of players. I think, equally, you could play it with something that’s a light touch – like The Cthulhu Hack or Cthulhu Dark. A touch of crunch to add to the sense of uncertainty and to give the players the sense that you’re not simply throwing stuff at them.

Having a touch of system and preparing for a few more challenge encounters would alleviate a little of the sense of linearity – something supported in the game with optional Extended Scene that, in console gaming terms, feels like turning up the Difficulty Level a notch.

While you can get the game as a physical book, I can only see sense in that if you plan to run it again and again – which would suit you if you’re a GM who runs games at conventions and stores. In that instance, you will definitely be running it with a bit of system, because I’ve never seen any sense in running games at events unless the people playing can walk away with a hankering for a purchase! The PDF comes with thorough bookmarking in place to make it easy to get around the adventure while you’re running it.

While the handouts come in the main book, you can download them as a separate – and free – PDF. You can also get the official soundtrack to enhance the experience – or take the easier option and get access to a bunch of tracks through Even V. Røssland’s page on Soundcloud. I guess it depends on the quality of wifi at the gaming venue and how you want to support the publisher – you can get away with the Soundcloud option for free, or you can download the tracks and have them available offline by purchasing the official soundtrack.

Overall, I rate Pax Cthuliana as a genuinely enjoyable and engaging experience and well worth picking up. I can see myself using this as a convention standby, running it with or without system (I can see systemless working well if you have a gathering of slightly tired looking players who probably couldn’t handle crunch and mechanics). The handouts and soundtrack add something compelling and tactile that has the players scrambling at the table edge and craning over each other, desperate for the next clue and worrying what that rumbling crescendo in the background might mean for their character’s longevity.

Review based on a personal copy. Pax Cthuliana, written by Jarle Haktorson, published by NEVR. Available for $7.90 on RPGNow and DriveThruRPG. In the interest of full disclosure, Paul Baldowski is author of The Cthulhu Hack, a game of Lovecraftian investigation, referenced in this article.

Signs of the End Times – a review of Pax Cthuliana 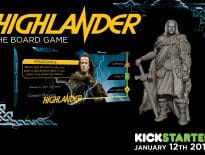 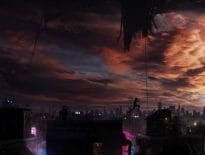