You are here: Home / Geek Stuff / Interviews / Dan Jayson: The Last Squadron and the weapons that could kill us all 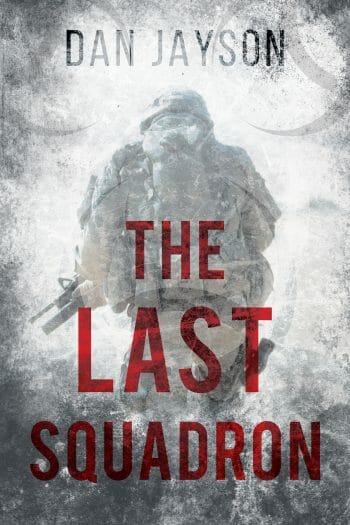 Dan Jayson served in the British Territorial Army and is the co-founder of an underwater salvage company. If your ship has gone missing, sunk under the stormy waves, taking its cargo of loot and goodies down with it – he’s the man you call. He’s already a Fellow of the Institute of Marine Engineers and his book, The Last Squadron, we follow the Allied forces 9th Mountain Squadron after they’re shot down over the Nordic wilderness.

We’re very lucky here on Geek Native to have secured a short interview with Dan Jayson. We talk about the military, weapons and inspiration.

Q) What’s the elevator pitch for The Last Squadron? Imagine you only have the duration of an elevator ride to explain and tempt someone into reading the book. What would you say to them?

I’d say – imagine you are a present day soldier, you’ve been fighting in various theatres over quite a few years, sometimes without knowing why. You are a little tired, it is winter, you have been on the Northern Front and at last, you are on your way home with your brothers in arms for some R&R when you are shot down in the middle of nowhere. By the time you get back to civilisation, it is gone. Less than 1 in a thousand people now remain. What do you do?

Q) How long did you spend thinking over the ideas and characters in The Last Squadron before you put pen to paper, so to speak, and started to write?

I had two scenes in my head and thought, I like this, I am going to just start writing and see where this goes. I guess like any good story, when it is good it leads the way and the characters grow with it.

Q) Have your experiences and the discipline from being part of the army helped with writing the book at all?

Yes – both my time in the army and many months spent offshore on underwater construction vessels means you live in close proximity to others as part of a small team, often in harsh and isolated environments and get to experience technology that sometimes works and sometimes does not! You also develop a self-discipline that is focused on getting a specific task done.

You can get (and I often did) get carried away writing – and then you have to have that self-discipline to remain focused on not resurrecting War and Peace!

Q) In your experience, do authors who have not actually been part of the military generally get the military elements of fiction wrong?

I would think it is probably easier to write about some aspects of life in the military such as the rather special humour and the comradeship if you have been part of it.

Q) Are there any authors or creators you think you could learn from or would like to collaborate with?

I would love to work with either James Cameron or Ridley Scott and make The Last Squadron into a film. I loved Alien, Aliens and Black Hawk Down. I would love to see a movie that gets back to some realistic tech.

Q) Did you consider writing under a pseudonym? If so… would you share any potential aliases with us?

I thought about it and then thought – why? I am writing this because I want to tell a story that entertains – so why hide?

Q) What did you edit out of the book?

I edited a lot of technical stuff out of the book (under duress!) – the editor still thinks I’ve got too much technical stuff in it – but what the heck … as an engineer I just love trying to explain stuff in a simple way and I get carried away.

Q) How much of The Last Squadron is dystopian sci-fi and how much an ominous warning?

I hope its 90% warning and 10% dystopian sci-fi. All of the gene fab can be done now. EMP and nuclear weapons have been with us for generations and most of the weapons described in the book either are in development or could be. Finally, (and most disturbingly), parts of the world seem to really hate other parts.

Q) Have you ever read a book and thought “This would make a great setting for a game?” and, if so, which book(s)?

Q) How would you survive a zombie outbreak in the UK?

I’ve never seen a zombie swim, so I’d start with getting on a boat to France!

Dan Jayson: The Last Squadron and the weapons that could kill us all 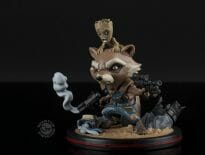 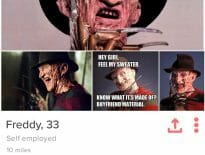