SINS is a Kickstarter from the team of 20-year gaming industry vet Paul Moore, Jim Freeman and Sam Sleney. They’re asking for only £5,000 and with 22 days on the clock, at the time of writing, have slaughtered that goal with £16,000+ in the pot. You can follow the progress at the Kickstarter campaign page.

I can’t remember when a Kickstarter pitch video gave such a clear indication of what the final product will look like. A PDF copy of the game is yours for £10, a softback at £29 and hardback at £40. I think that’s great value but international backers should be aware of postage charges.

You’re dead in SINS. You’re a powerful being known as Nemissaries. The world has ended and you’re fighting the undead mass known as the Brood. The game promises both high-octane combat and a narrative format.

As one of the Nemissaries you became one of the Brood but fought back against the Hive-mind, retaining your sense of self-awareness and thus regained your human form. You’re still a parasite, though, forced to survive on human emotion. 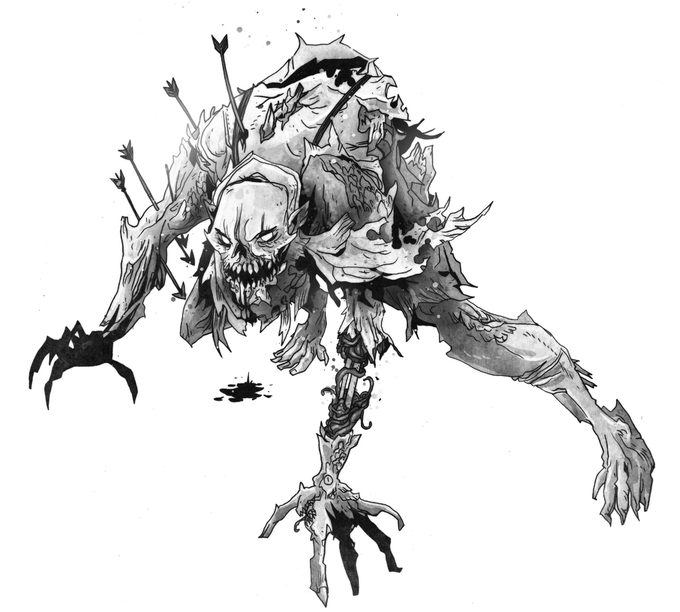 Geek Stuff Harow’s arcade sofas
💰 Copper Coins 💰 Geek Native is an affiliate and may earn commission on purchases you make from third-party sites.
🍪 Privacy & Cookies 🍪 The site uses cookies to survive. By accessing the site, you agree to use your browser to control cookie use or take 1d4-3 privacy damage (tracking). If you defeat cookies via ad blocking, please consider the Patreon. An intro to cookies, and how to control them, can be found here. I Manage Cookies