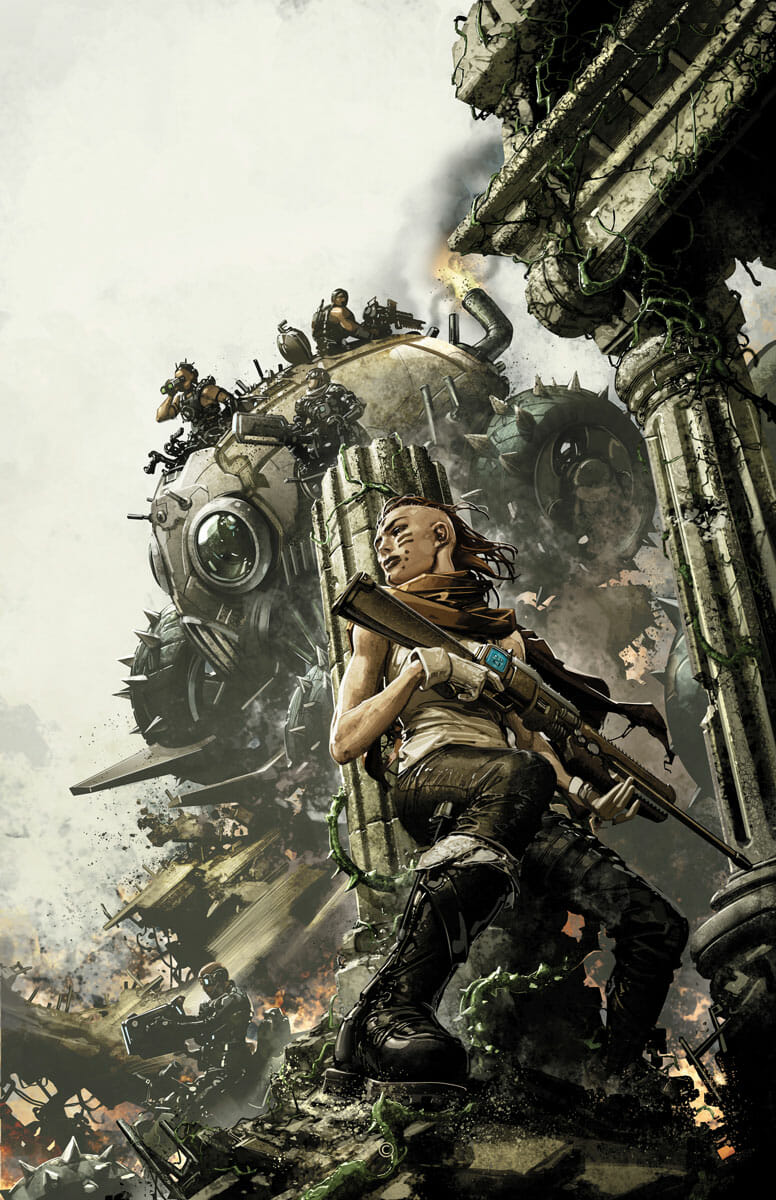 War Mother is a new series from Valiant. It is set two thousand years from now on an Earth torn by endless war. Humanity clings to life in fortified kingdoms and secret enclaves.

One such enclave is the Grove, the last known repository of scientific knowledge and bioengineered prosperity, and it is protected by the War Mother. War Mother and her sentient sniper rifle face a critical choice in the first issue – stay and die to try and lead her people out from their isolation. 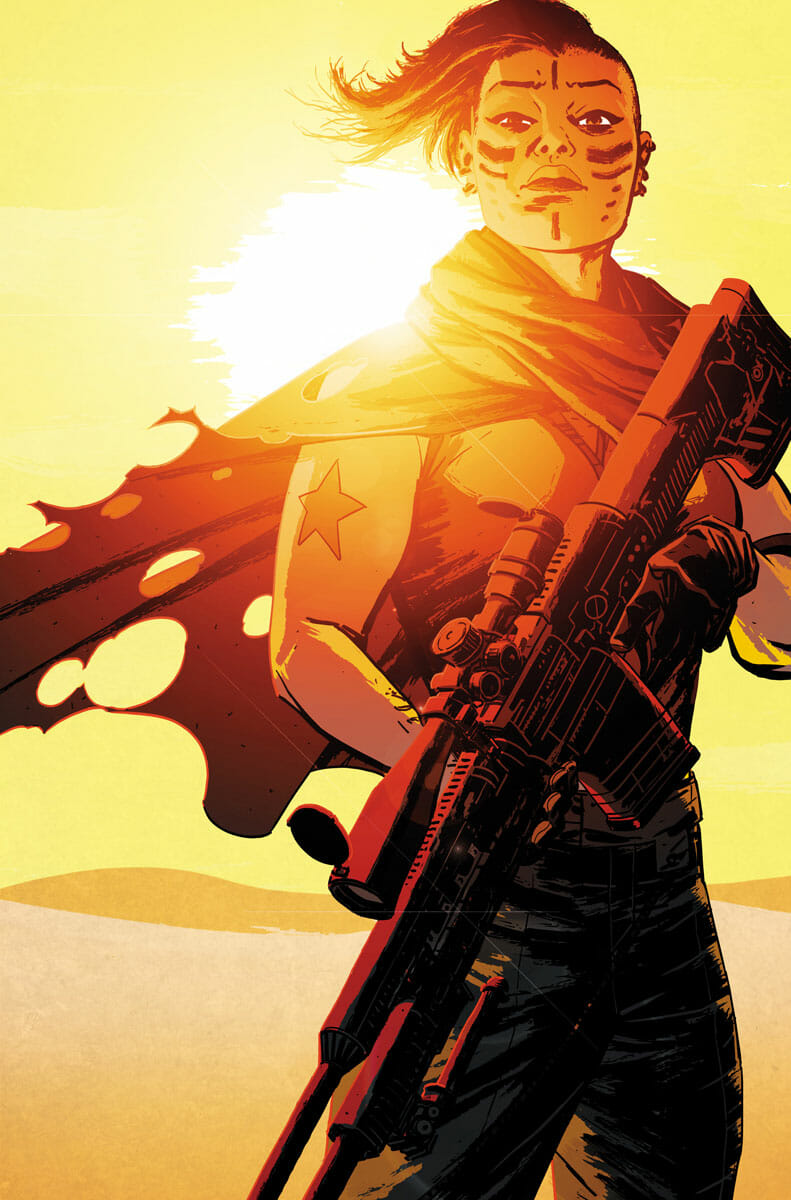 Ana lives in Earth’s far future, in 4001 A.D., long after the collapse of civilization as we know it,”

“Her home is a patch of mutated Amazon jungle roughly where the border of Colombia and Brazil once was. She is the primary protector of her tribe, and bears the title War Mother, because she has been symbiotically linked to her own weapon, a sentient sniper rifle nicknamed Flaco. And she has a lot to protect them from — cannibal mutants, cyborg monsters, and weird plots from the technologically advanced remnants of the old world!” 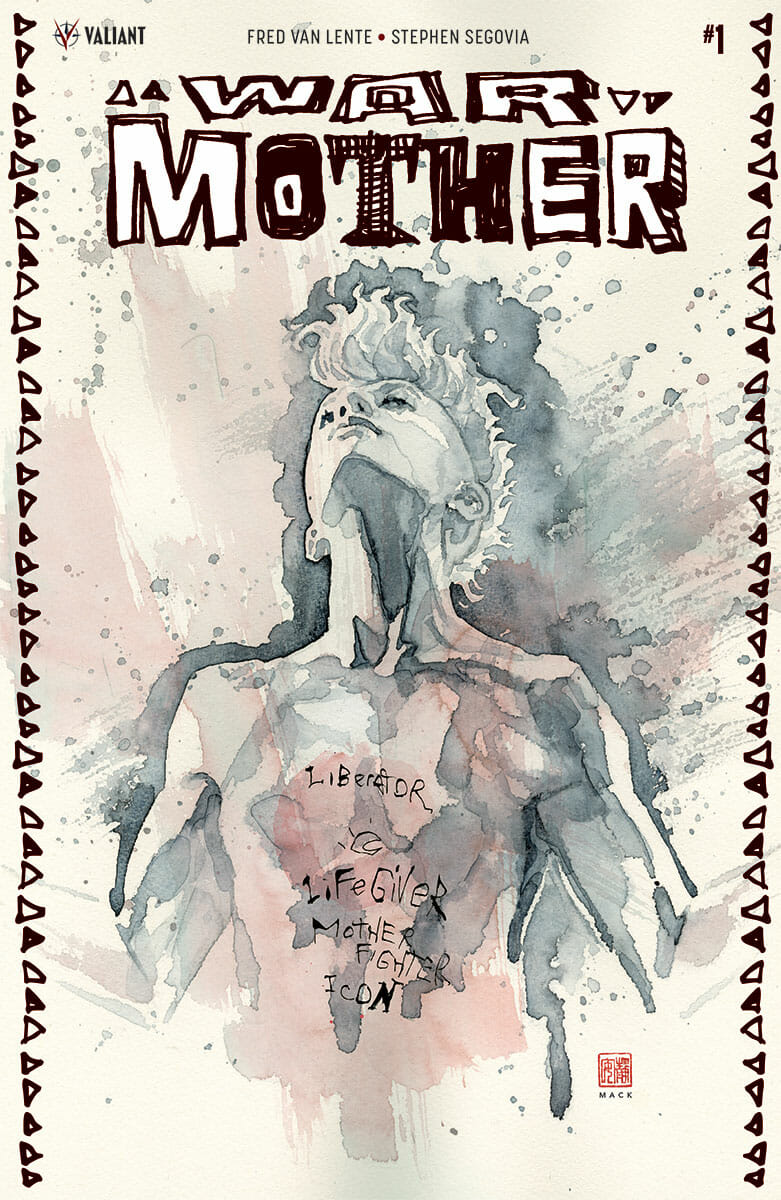 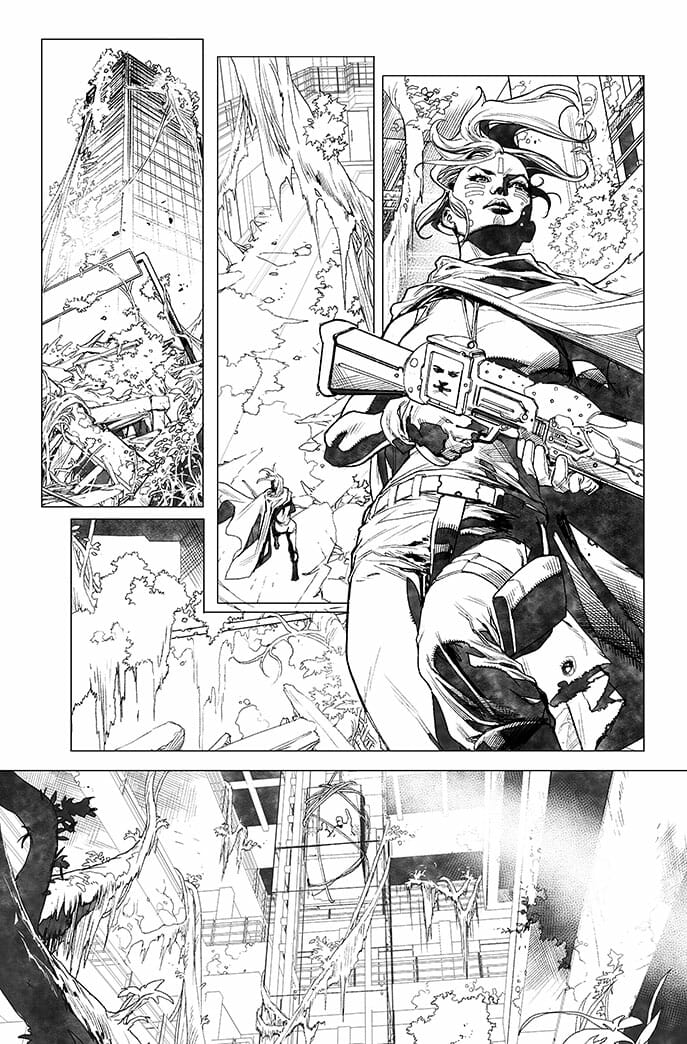 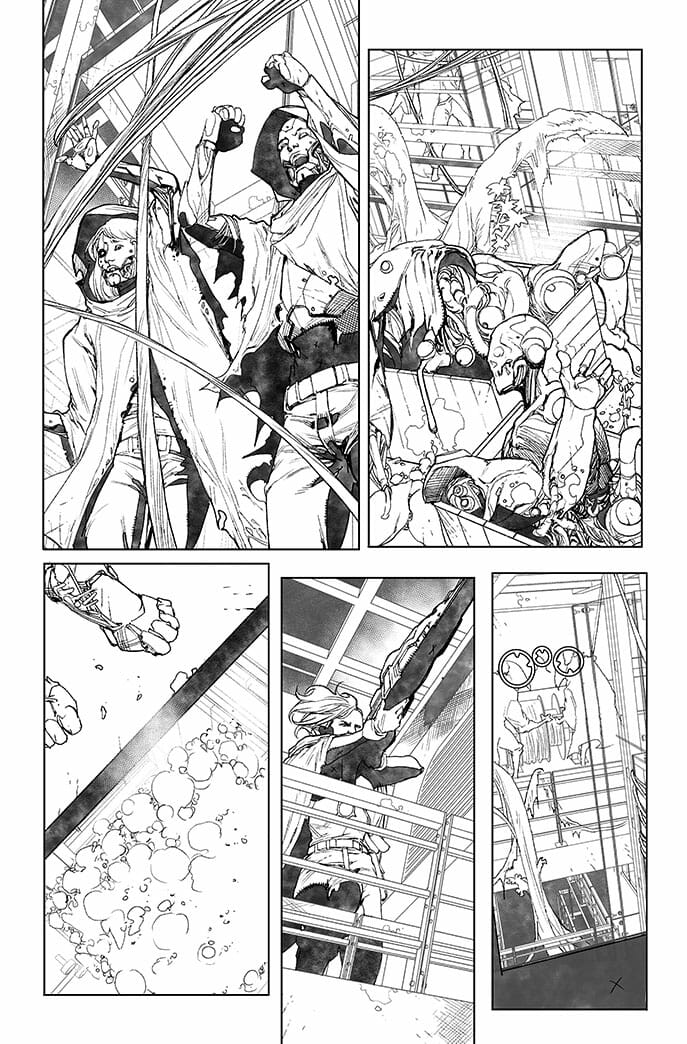 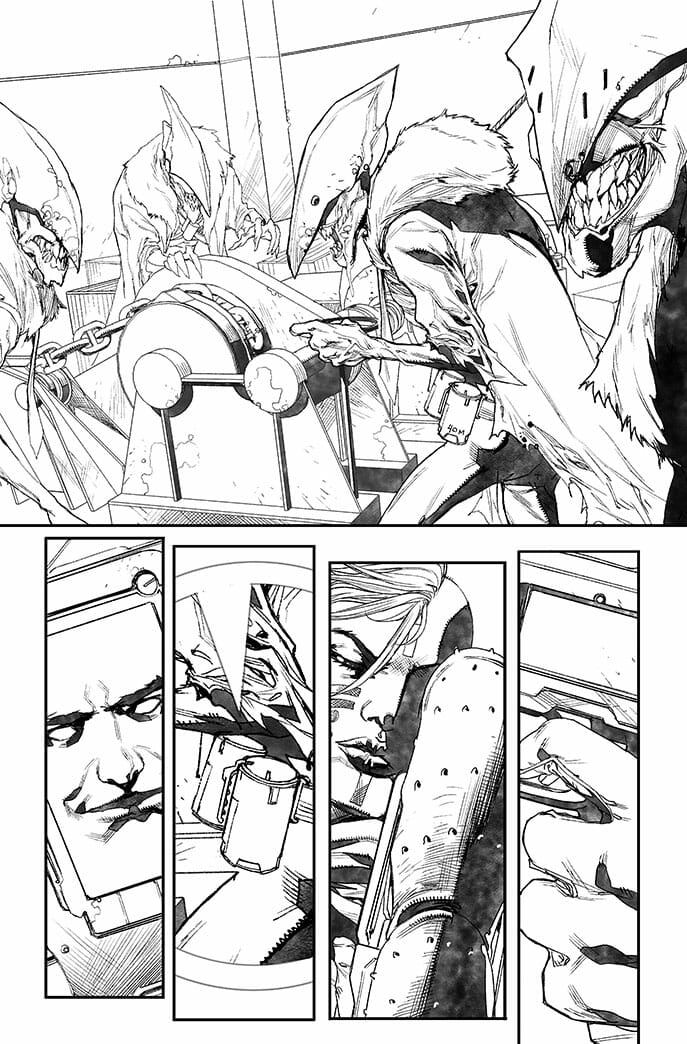 Geek Stuff Superhero Week: The evolution of superhero vehicle…
💰 Copper Coins 💰 Geek Native is an affiliate and may earn commission on purchases you make from third-party sites.
🍪 Privacy & Cookies 🍪 The site uses cookies to survive. By accessing the site, you agree to use your browser to control cookie use or take 1d4-3 privacy damage (tracking). If you defeat cookies via ad blocking, please consider the Patreon. An intro to cookies, and how to control them, can be found here. I Manage Cookies