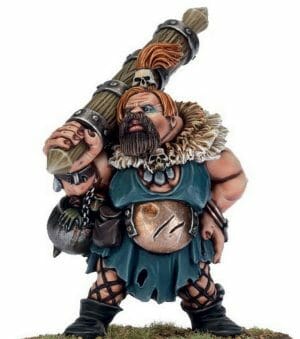 PETA is an animal rights activist charity with a penchant for PR stunts. Today, they’ve written to the UK’s Games Workshop to ask them to ban ‘fur’ from gaming miniatures.

Not real fur. The depiction of fur on the models.

You can read a copy of the letter on PETAuk [PDF] but here’s a sample;

“From the mighty Leman Russ and Horus Lupercal to Chaos Warriors and the Sisters of Silence, Warhammer features an abundance of characters who wear what appear to be animal pelts, which just doesn’t add up”,

“These battle-hardened warriors are known for their martial prowess – but wearing the skins of dead animals doesn’t take any skill.”

There is an argument that the depiction of fur on models might ‘normalise’ the wearing of fur to young gamers. I’m not sure how well that stands up in any fantasy or sci-fi setting, though. Surely if PETA were being true to their cause they’d ask Games Workshop to ban all harm to fictional animals – you know, rather than rewarding kills with XP.

Games Workshop finds itself a pawn in a PR stunt. Geek Native has some suggestions on how the company can respond – with a PR stunt of its own. It should respond in character to PETA.

Borati the White of Deathrattle said; “We stand with PETA! Not only is wearing of fur a crime against death so is the wearing of skin! Join Nagash and strip down to your very bones!”

Alternatively, a PR manager from the Order of the Grand Alliance might have something to say. We spoke to Iaraif the Word Reaver. “It is entirely possible for enlightened peoples to weave their fabrics entirely from carefully curated plant life and magic.”

Meanwhile Darg of the Destruction Grand Alliance had an alternative point of view; “Weak idiots! I’ll wear their hides and chew their bones!” 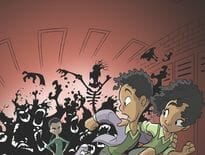 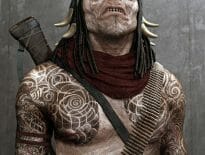