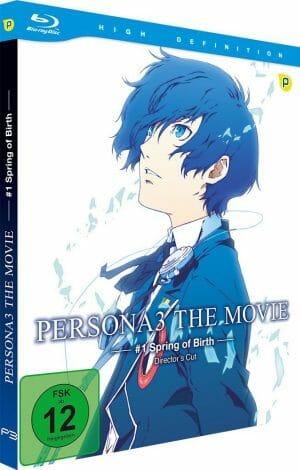 There are more than 24 hours in the day. There’s a dark hour that exists between days, when machines stop working, people vanish into coffins and monsters called Shadows come out to hunt.

The occasional human isn’t lucky enough to transform into a safe coffin clad item during the Dark Hour. They stay real, active and in real danger. This is the premise of the PlayStation 2 Persona3 RPG. The fans adore the game so I imagine there was incredible pressure to transform it into a movie and do it justice.

The movie, from A-1 Pictures, and directed by Shoji Meguro is good. I knew nothing about the game when I sat down to watch it on the big screen in Edinburgh’s Filmhouse and that didn’t impair the experience for me at all.

We start with a young man on the trains in Japan and using a map to work out where he’s going. He doesn’t seem bothered by much. When the whole world changes at the stroke of midnight the audience might be alarmed by the blood and the screams but our youngster isn’t. He carries on and finds a spooky looking building to enter.

This is our hero character turning up at the dorm rooms of the Specialized Extracurricular Execution Squad. We quickly discover he has the power of the ‘Persona’. He can shoot himself in the dead with a special device during Dark Hour to project an avatar into battle and combat the shadows.

There’s a whole lot of suicide stuff going on in Persona 3. The heroes really do blast themselves in the head with a device that looks a whole lot like a gun in order to summon their warrior Personas. Humans who have fallen foul of Shadows will kill themselves. That’s the very first scene; death by train. I’m not sure whether it adds to the spooky feeling or is some sort of fetish.

The plot, once we’re up and running, is straight forward. There are a series of battles that Makoto Yuki, our hero, has to win. After the last battle the movie stops. I suppose it’s a conclusion of sorts but really it acts as a tempting introduction to the world.

Persona 3 didn’t blow me a way. It’s not on the same scale as A Silent Voice or Your Name but it’s not that type of serious anime either. I enjoyed it as a good way to pass the time and, yes, it’s made me interested in the RPG series.

You can pre-order Persona 3 from Amazon.

The dark hour: A review of Persona 3 – The Movie #1 Spring of Birth 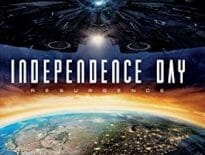 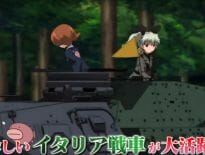