I hadn’t seen any Girls und Panzer before catching the film during the Scotland Loves Anime festival. Now I don’t need to. I think I’ve got the hang of this anime but if I’m visiting a friends flat, they want to watch some more, I won’t object.

You might assume you know what’s in Girls und Panzer but you might be surprised. Yes, there’s tanks, tank mechanics, tank history and tank battles and there are girls, in uniform and with fabulous hair. In the movie, at least, there wasn’t much fan service with the girls though.

I’m not sure how the physics of the world works but this is a reality where schools compete in tank battles against each other. This involves firing machine guns and shells at rival tanks, with crew inside, until it takes substantial battle and a little surrender flag pops out from the armour. No one seems to get injured.

Is it any good? I’ll admit I enjoyed it. I was able to switch off my brain, laugh at a few of the jokes – duck tanks, for example – and wonder how the tank girls will think up a way to win the battle. There are entirely ridiculous scenes throughout; tanks on roller-coasters, tea parties in tanks, tanks flying through the air and all sorts of shenanigans. In fact, I think the trick is not to think about it. Laugh it off instead.

The question is whether the anime has anything in it for people who aren’t military otaku. Yeah, there’s no doubt that the audience is young men and I’m sure most teenagers will enjoy the anime. I’m no military geek but still found some of the tank stuff interesting. In the viewing I went to during the festival there were plenty of women in the audience, fans of the series, but those that I was with found no redeeming features in the movie.

I suspect Girls und Panzer der Film isn’t an anime you take a chance with and buy for someone else unless you know they’re a fan of the series or of tanks. Just because someone likes anime doesn’t mean they’ll like this. I think the same advice applies to sports anime.

If you already know this is your cup of tea, you enjoy the series, or like the look of the trailer then you’re in safe hands with Girls und Panzer der Film. It’ll meet your expectations. 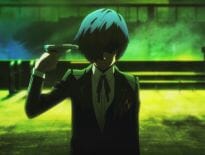 Anime The dark hour: A review of Persona 3 – The Movie… 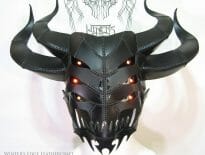