You are here: Home / TV / Anime / Killed by kindness: A review of Harmony 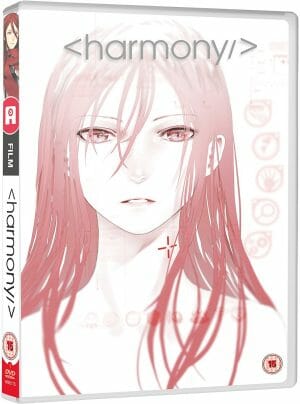 In a perfectly designed city of bubblegum pink towers everyone is happy. Everyone is happy until thousands are persuaded to kill themselves and the masterminds behind that plot give everyone else a sinister deadline.

Harmony is set in the near future. The ‘first world’, just as we know it today – the rich countries – have almost perfect communities of happy and healthy people as high technology keeps everyone happy, wealthy and well. The anime movie, however, picks up in the sandy fringes of war torn Niger as a dodgy deal between one side and the supposed peacekeepers goes down.

Harmony is directed by Takeshi Nakamura and Michael Arias. Arias is pretty much the only western director in the business. It has some fairly graphic scenes and for the Scotland Loves Anime festival in Edinburgh picked up the UK rating of 15+.

There’s the mystery of the backstory – a failed suicide pact between three impressionable school girls – and the consequences of that in the modern world. One of the survivors is an investigator for a NATO like organisation determined to ensure that the new modern technology isn’t miss-used but who finds herself caught up in the unpleasant mass suicide in Japan.

Harmony has a mix of emotion and action. We’ve got pack carrying robots that look exactly like the sort of path Boston Dynamic’s Big Dog is one. There’s fight scenes and chases. We have the complex emotions around self-discovery and growing up. Then there’s also the debate around what it means to be truly happy and alive.

In addition to commentary on the advancement of technology and humankind’s ability to adapt with it Harmony brings some beautiful animation and stunning scenery.

The downside? I found some of the characters a little hard to form any sort of connection too. They were just too alien to me. I found myself putting aside some of the clever questions around freewill just to focus on this as a sort of female-James Bond hi-tech adventure. Our lead character, Tuan, did make sense to me. At one point she makes it quite clear she’s no longer in the investigation for any other reasons than personal – and for revenge – quite right too.

Once the dust had settled, and especially thanks to the ending, I was able to get back to the message of the movie. I admit it, it’s an interesting puzzle and its perhaps a little disappointing the anime couldn’t quite explore it clearly enough for me.

Would you allow a computer chip implanted inside you to help steer your decision making process towards happiness? Is that giving up too much of your own free will? Would you have a harmless sensor guard your child and keep them safe as they grew?

You can pre-order Project Itoh: Harmony from Amazon.

Killed by kindness: A review of Harmony 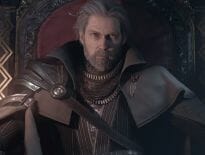 Anime Gorgeous but flawed: A review of Kingsglaive – F… 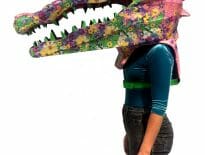