You are here: Home / Games / Console / E3: Star Trek actors are blown away by the StarTrek VR game

At E3 Ubisoft revealed Star Trek: Bridge Crew. This is a VR simulator that’ll arrive for the Rift, Vive and PlayStation VR this winter. Between 1 and 4 players take part at once.. The player in control of the captain is giving orders and has access to information that the other players can’t see, while engineering controls power levels, tactician controls weapons and shields and helm has the navigation.

In this E3 feature we have Levar Burton, Jeri Ryan and Karl Urban giving the game a shot. They seemed impressed, of course.

Amazon has some pages up for StarTrek: Bridge Crew but pre-ordering isn’t yet online.

E3: Star Trek actors are blown away by the StarTrek VR game 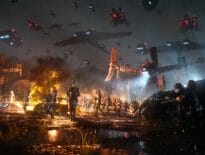 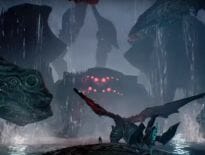