This is a co-operative game of huge monster take-down. From PlatinumGames and exclusive to Windows 10 and Xbox One, Scalebound is due out in 2017. It’s described as an action RPG and the third-person perspective and team battle shown in the video feels like a cross between Final Fantasy and Titanfall. Except; dragons instead of titans.

The player character can shapeshift into a half-dragon himself, we expect.

Scalebound is part of Zavvi’s E3 pre-order deal and at Amazon. 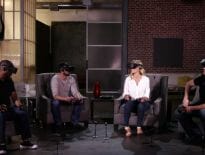 Console E3: Star Trek actors are blown away by the StarTre… 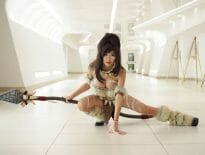