One of my Bethesda Softwork regrets was not getting around to play Dishonored. Here’s what the sequel will look like.

In the game you’re playing the same supernatural assassin as you played the first time around. The world still looks brilliant; that mix of magic and industral science.

The game is due out in November this year for Xbox One, PlayStation 4 and the PC. The common theme from the E3 2016 era is that the Xbox 360 and PlayStation 3 have been largely dropped from the big titles.

Retailers are taking pre-orders so pop over to the like of Zavvi, Dishonored 2 or GameStop. 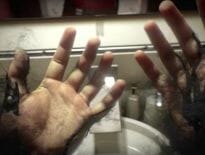