Irregular Reconnaissance is a catch-up of anime mini-reviews. In the column we take a look at some of the anime series we’ve been streaming or spinning and share thoughts. What’s worth watching? What needs to get dropped from the schedule and replaced by something better?

Use the comment box below to join in and share your own thoughts and mini-reviews on anime you’ve been watching recently. What would you recommend? 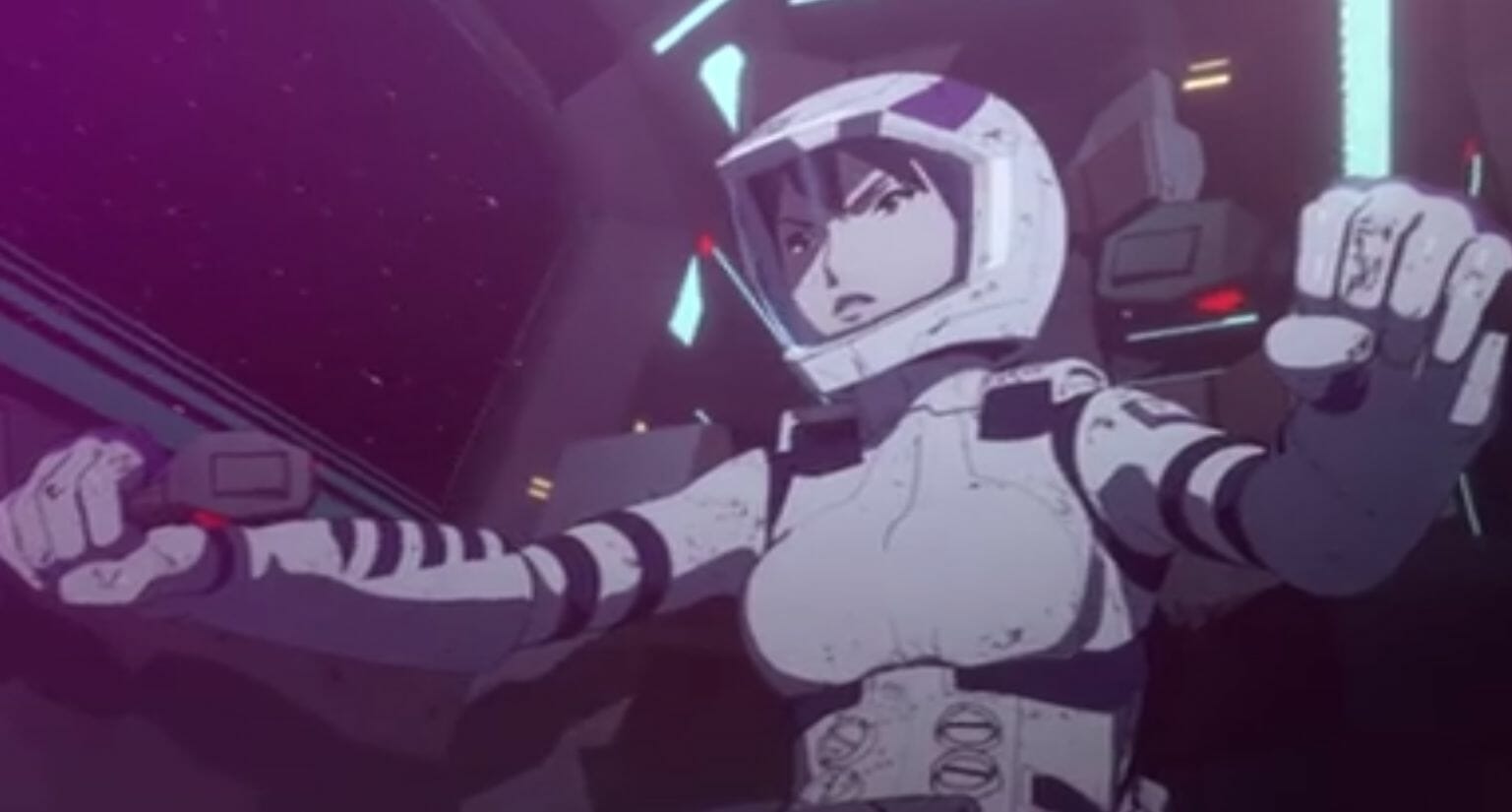 Knights of Sidonia is certainly action packed. Not only is there plenty of action – thanks mainly to Gauna 550 ejecting thousands of lesser gauna – but also due to plot development. It’s great seeing Tsumugi in action but also interesting to see Tsumugi struggle to cope with her unique situation.

You can never really be sure that Tsumugi is entirely a goodie (whether that’s due to a free will or a lack of it) but she seems nice and so its easy to find yourself rooting for her. Meanwhile you’d think the humans have enough problems of their own, just trying to survive, without getting all caught up in politics.

Knights of Sidonia is one of the best anime available on Netflix. 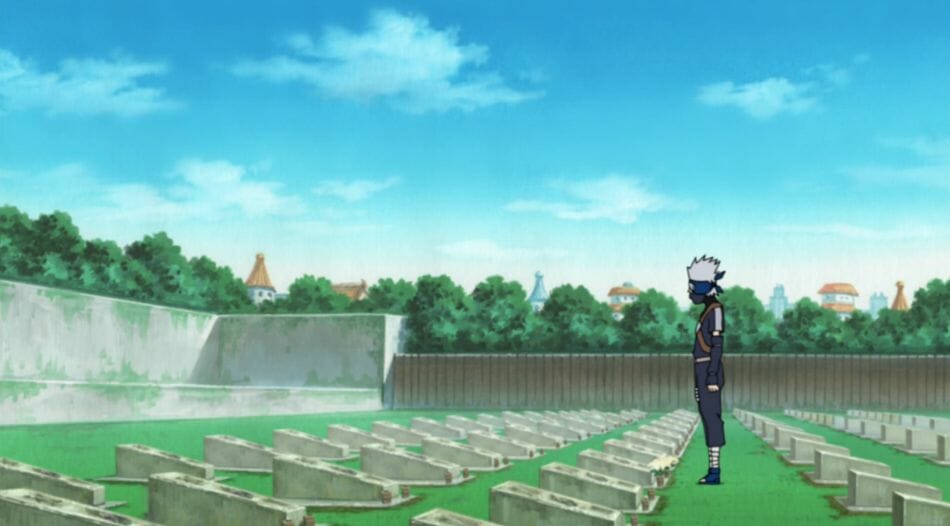 Wow. There’s a lot of flashbacks in this collection of episodes. Naruto Shippuden has been playing ping-pong with the balance between the Fourth Great Ninja War and why the war has been fought for a while. The previous chunk of episodes got the balance right, favouring resolution and plot development, this chunk of episodes is rather more stuck in the past.

That’s not to say the third and a half century of Naruto Shippuden episodes are a waste of space. There’s some important information in here and you’ll level up in Ninja lore.

I’d just like to see how things pan out. 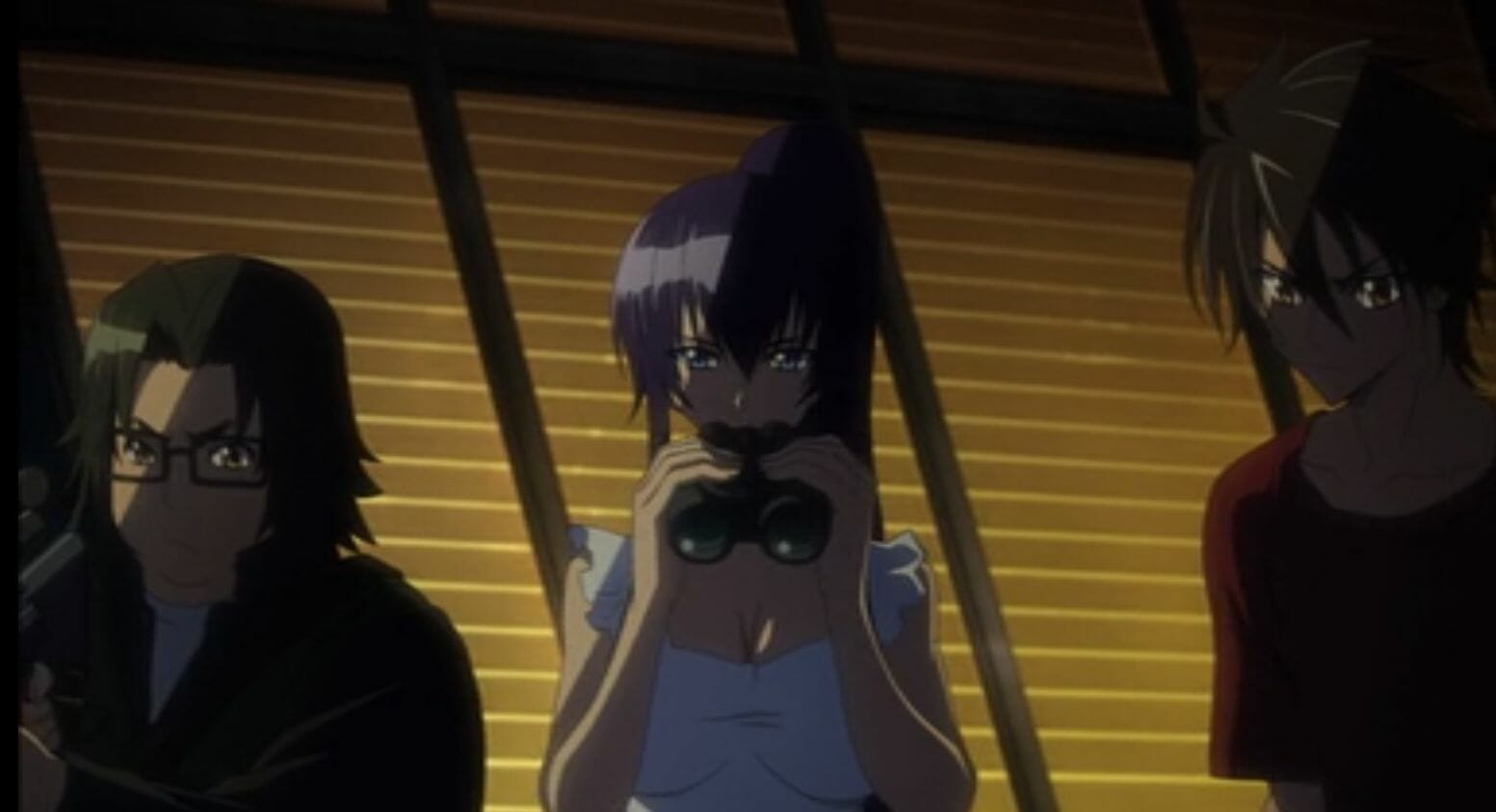 The survivors of the zombie outbreak don’t stay locked up in the school very long. I think in the last Irregular Reconnaissance that there wasn’t as much fan service as I was expecting. Okay, you can scratch that. There’s plenty.

Fight zombies in your teeny-tiny underwear because that’s what you have to do. Or, if you’re a guy, you can turn out to be one amazing marksman and win a girl for yourself.

What High School of the Dead have done is create characters that are at least interesting enough so you can tell them apart and remember who they are, create relationships that are meaningful enough for you to follow them and create a plot with enough drama to keep your attention. Then, once you’re interested, they jiggle boobs and fan service your eyes. This is why High School of the Dead has a much larger, more loyal, audience than countless T&A anime that have come before it. 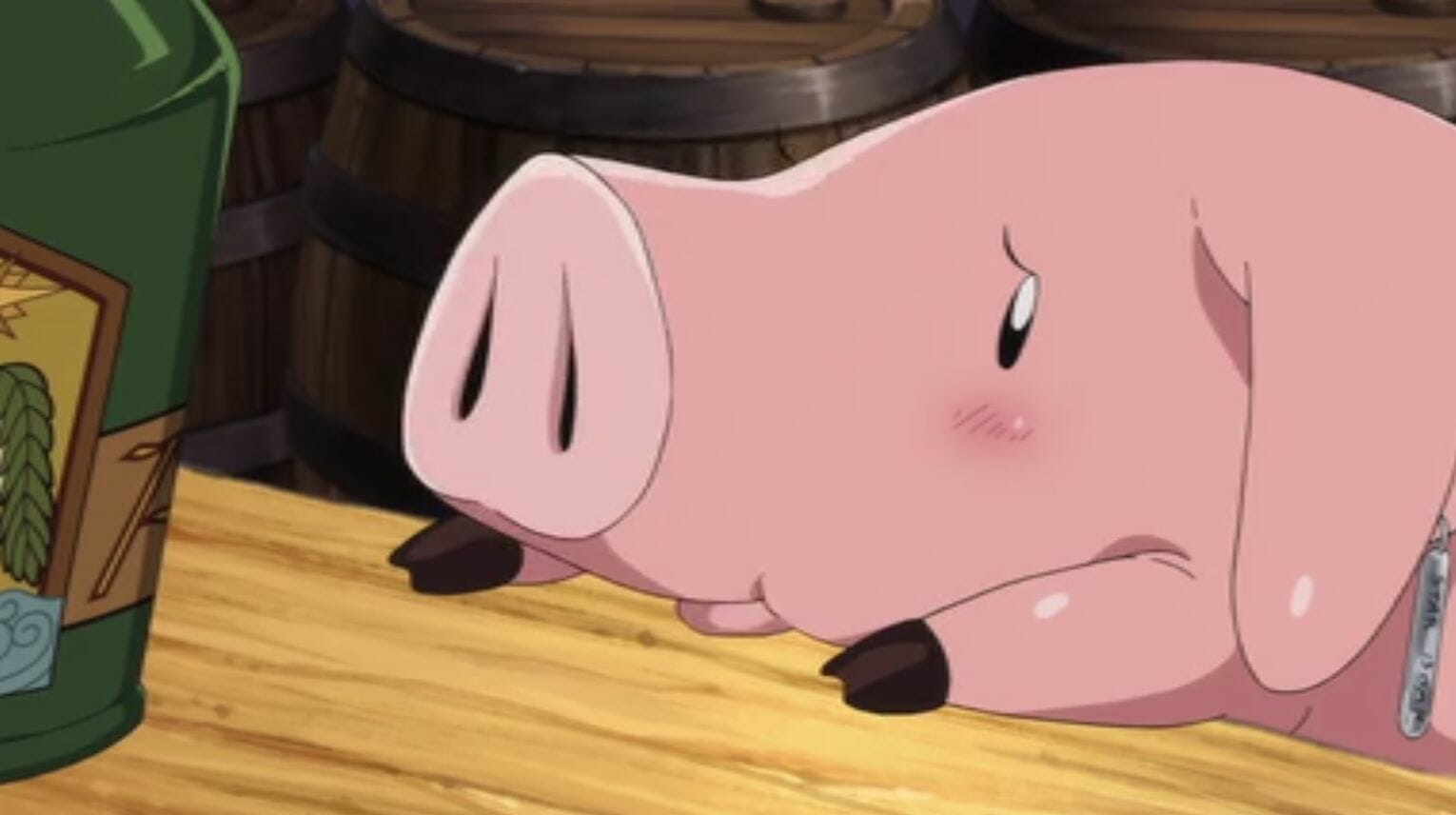 This anime gets off to an interesting start when a rather scary looking knight turns out to be someone unexpected.

The Seven Deadly Sins were the name of a group of knights who turned against the kingdom. Now, for reasons of her own, the princess is seeking them out. I can tell it’s going to be fun trying to guess who and how the various sins are represented by in the story. I’m not yet sure there’s much plot depth, it’s early days yet but it feels rather like ‘gather the party to take on the baddie’. Oh, and there’s a talking pig. 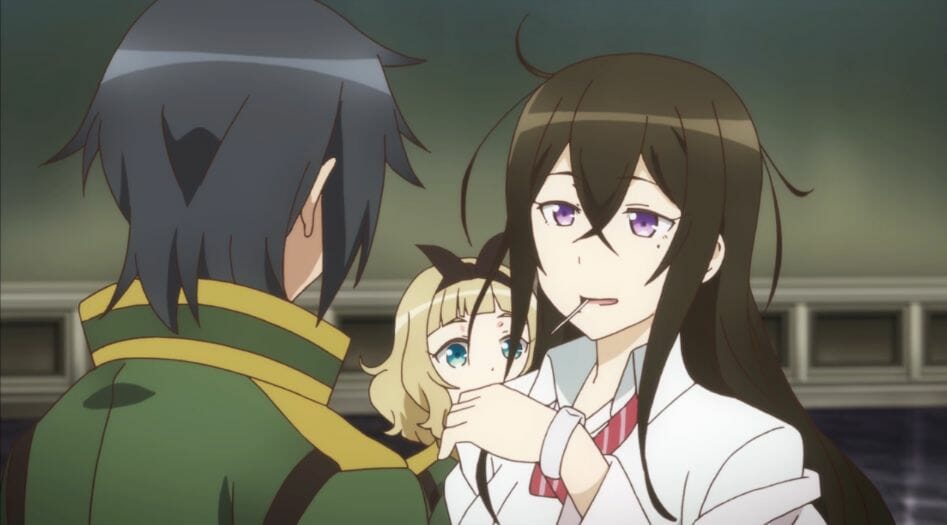 This anime is strong and stable. There was the risk it would be a “concept wonder” one of those animes with a quirky idea but which then struggles to follow through. That’s not the case here at all. There’s the idea of the ex-elite, witch and odd-balls of the 35th Test Platoon but there’s also a broiling plot for them to be be involved with.

I expected the Platoon to be a tightly woven group of friends but two-thirds of the way through the season I’m wondering whether there’s a traitor. I do like it when an anime makes me think.

The reviews for the Anti-Magic Academy are fairly balanced. I don’t agree. I rate it better than okay. Give it a go. 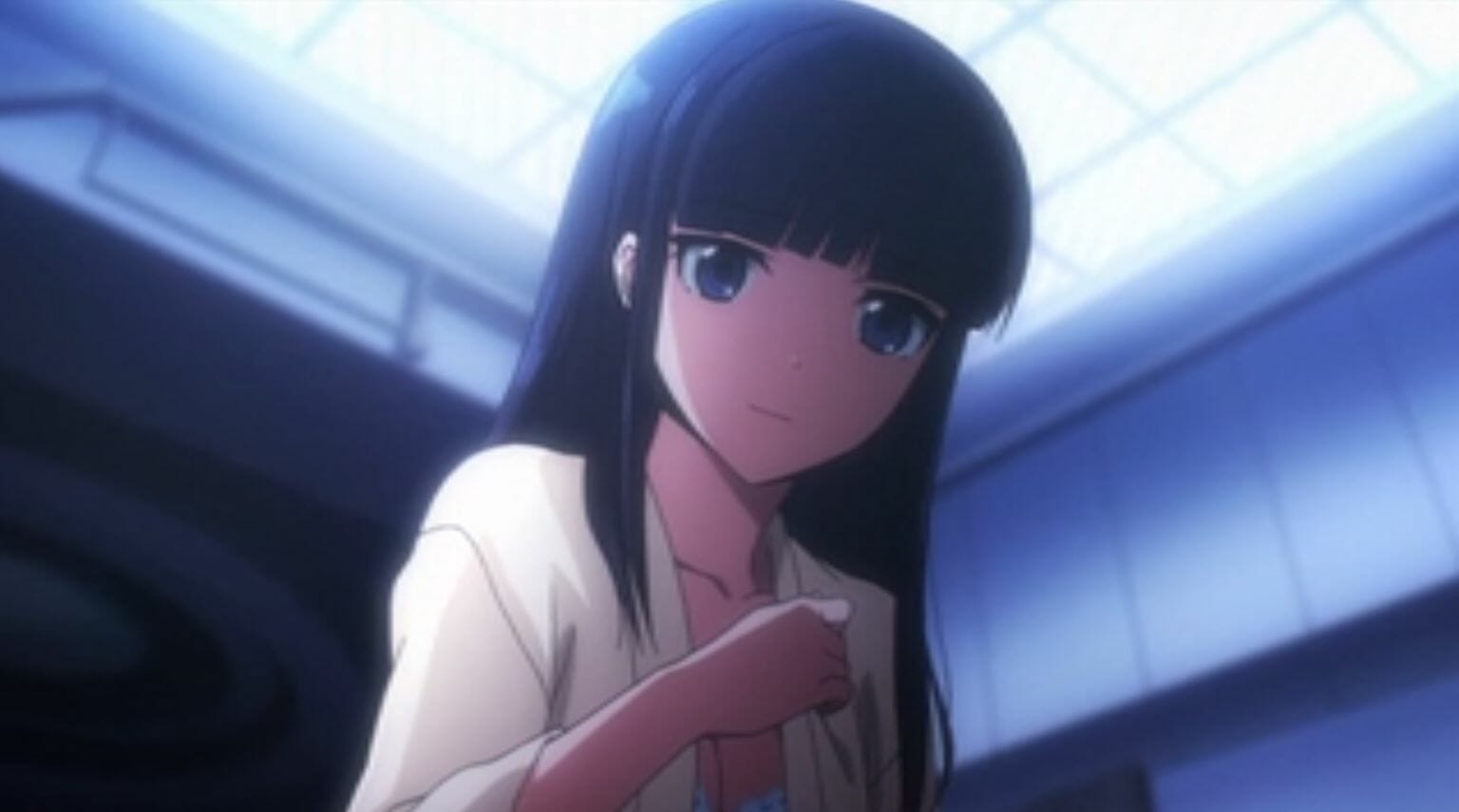 We know this anime genre – it’s a school for people with magic, our hero is a little different but manages to do very well despite that. His sister is devoted to him.

Okay, the set up might be familiar but the execution here is top notch. The Irregular at Magic High School will grab your attention and keep it. So far we’ve got the usual after school club and student council politics but there’s the welcome suspicion of much greater history to the school. 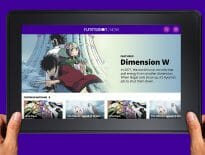 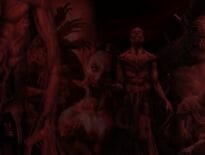 Tabletop & RPGs KULT reboot tears through the veil of Kickstarter…
wpDiscuzComment Author Info
Manage Cookie Consent
This site uses cookies 🍪, and links are ads that may earn bloggers some money 💰, and with this alert, I very much hope that these dark truths 🧌 are acknowledged.
Manage options Manage services Manage vendors Read more about these purposes
Preferences
{title} {title} {title}
Loading Comments...