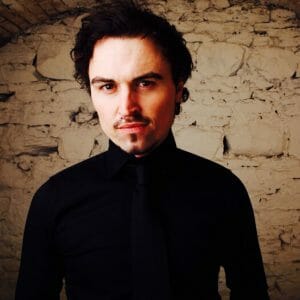 Going to MCM’s Liverpool Comic Con? The British brand now has the 3rd largest comic con in the world with MCM London Comic Con and on March 12th and 13th they’ll bat the Exhibition Centre in Liverpool.

Welsh actor Paul Amos plays the hitman Vex in Lost Girl and Doctor Roberts in the Murdoch Mysteries and has appeared in shows like Warehouse 13. In Assassin’s Creed: Syndicate he plays Jacob, a fiery tempted fighter, who is expert with weapons as interesting as the kukri knife and the cane sword.

The Liverpool event, by the waterfront, will feature a comic villages, esports, cosplay and other special guests.

MCM has big plans for 2016, including Ireland and mainland Europe events. The company issued a statement which said;

With MCM set to take on challenges and ventures beyond our traditional Comic Con format, we’ll be stamping each of our shows with the new ‘Powered by MCM Central’ brand so industry and public alike know that it comes from the UK’s most successful pop culture event company,

Cool Tech Use this magic potion to make your gaming den ligh…
💰 Copper Coins 💰 Geek Native is an affiliate and may earn commission on purchases you make from third-party sites.
🍪 Privacy & Cookies 🍪 The site uses cookies to survive. By accessing the site, you agree to use your browser to control cookie use or take 1d4-3 privacy damage (tracking). If you defeat cookies via ad blocking, please consider the Patreon. An intro to cookies, and how to control them, can be found here. I Manage Cookies