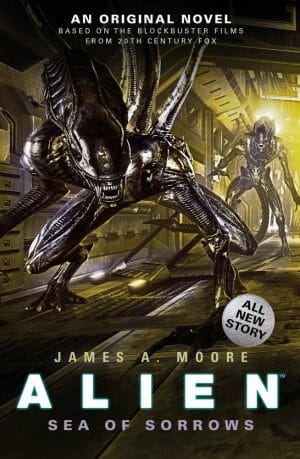 Did you know there will be a sequel to Ridley Scott’s Prometheus? Prometheus 2 will be called Alien Covenant. We knew Prometheus was a prequel to Alien so perhaps its about time we had a full on merger.

Alien: Sea of Sorrows is part of the new Alien book trilogy. The first was Alien: Out of the Shadow by Tim Lebbon and with James Moore at the helm Alien: Sea of Sorrows picks up to reveal the impact of the vile Weyland-Yutani Corporation’s attempts to use the aliens as weapons.

Winning a copy in this giveaway is easy. Log into the widget below (this is so we can reach winners) and answer the poll question. Really want to win? Check the widget afterwards and see if more missions have appeared. Each mission is worth points and each point is a chance of being the lucky winner.

I choose the monkey for my partner because he is hairy like a monkey haha & his username on Xbox is Monkee1970 & well monkeys rules !!

Two Nights for the Price of One Hotel Break – UK Wide

Vase so my wife can keep reminding me that they need filling.

https://www.thegiftexperience.co.uk/catalogue/personalised-love-hearts-mini-jar/index.html for a sweet treat for my wife :)

https://www.thegiftexperience.co.uk/catalogue/eurostar-to-paris-lunch-cruise-for-two/index.html as we’ve done this before and it really is a wonderful experience

https://www.thegiftexperience.co.uk/catalogue/champagne_and_glasses_gift_set/index.html
I absolutely love these. It’s our 10 year anniversary soon and I would love these for my hubby so we can celebrate in style.
Fantastic Giveaway!
I would love to win a copy. Thank you for the chance ☺

https://www.thegiftexperience.co.uk/catalogue/personalised-dartington-amber-lantern-vase/index.html my other half loves vases x 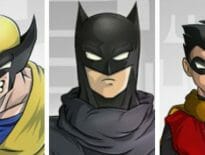