You are here: Home / Books / Doubles up on gigantic: A review of Shipstar 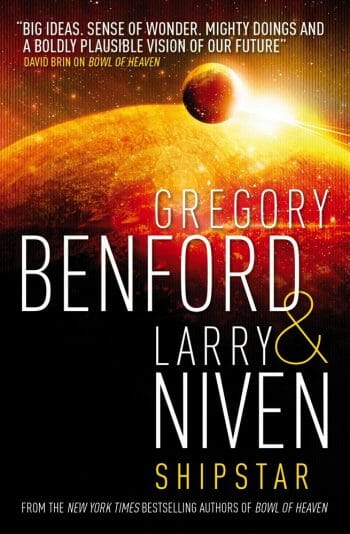 Shipstar is the follow on to Larry Niven and Gregory Benford’s Bowl of Heaven. Unusually for a sequel, it’s a much better book.

The action picks up in the aftermath of Bowl of Heaven and the humans are in deep trouble. They’ve found this gigantic spaceship-thing built around a star and have learn the hard way that not all of the many lifeforms on it are friendly. In fact, the aliens who run the place are dangerous, clever and hostile.

Shipstar gives us the chance to look into that particular alien race – get to know their motivations a little better, their deadly culture and some skeletons in their closet. Learning a little more about these characters helps digest the story; we care a little more.

Equally, we care a little more about the humans at this point. We know the jeopardy. We’ve some bad guys we can focus on and rally against. This is a big factor into making Shipstar more of a slick read than Bowl of Heaven.

We even think we know the scope of the world and how gigantic it is. We’re wrong. The hard sci-fi ramps up a gear as the authors explore some very strange, but possible, alien lifeform concepts. The scope of Shipstar is even more gigantic than it was for Bowl of Heaven.

So where Bowl of Heaven was a struggle at times as readers struggled to get purchase on the plot there’s an importance difference in Shipstar. Even in the opening pages there’s some clear goals, the action comes in digestible chunks and, most importantly, as a reader you’ll feel more on top of the action.

There’s almost a finish to Shipstar too. Some readers felt Bowl of Heaven was a climb for little payoff, Shipstar has a far better conclusion. You could stop reading here. However, there’s still plenty more scope for more drama – we’re yet to get to the ultimate end and reach the planet called Glory.

All in all; I enjoyed Shipstar. I was pleased I’d read Bowl of Heaven first and had been tipped off that the sequel was better.

My copy of Shipstar was provided for reivew. Titan Books, Larry Niven and Gregory Benford , 416 pages.

Doubles up on gigantic: A review of Shipstar 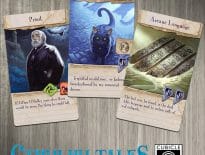 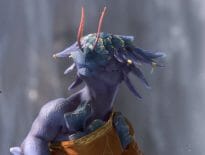