You are here: Home / Games / Tabletop & RPGs / Madness and storytelling with Cthulhu Tales

Following on from the Cubicle 7 and Sophisticated Games co-produced Hobbit Tales, award winning designers Francesco Nepitello and Marco Maggi have created a storytelling card game inspired by the Cthulhu mythos. The Kickstarter has raised thousands in just a few days. You can see the latest stats at the campaign page.

You’re locked in a sanatorium after a terrifying encounter with the Cthulhu monsters… can you convince your friends that you’re sane enough to go home?

There’s a nice, thoughtful, comment from Cubicle 7 on “Madness”. They remind us;

The Cthulhu Tales rulebook includes this note on “madness”, which we think is pertinent to share here: Cthulhu Tales deals in the madness described by H.P. Lovecraft in many of his stories. It is a fictional condition, an imagined state of derangement, where the walls of reality fall away and the frail human mind cannot contain the reality of the universe inhabited by The Great Old Ones. This is an entirely distinct condition to the tragedy and pain of real-world mental health issues which sadly are statistically likely to touch all of our lives. We encourage players of Cthulhu Tales to wholly enjoy the fictional nature of the various maladies and madness described here, while remembering that in the real world mental health issues are no laughing matter.

That may be tucked away at the end of the Kickstarter but it’s good on them to acknowledge the point. It’s not something you usually see in a Cthulhu game. That said; Cthulhu Tales describe strike me as a usual Cthulhu game.

Cubicle 7 promised a straight forward Kickstarter to cope with “Kickstarter fatigue”. There are only three pledge tiers; £20 will get you a copy of the game plus shipping or you can step up to the limited slots and be immortalised in Tales at the £200 level. The missing slot? That’s a £20 booking free to get yourself in to the Retailer Programme which also unlocks £20 in credit. 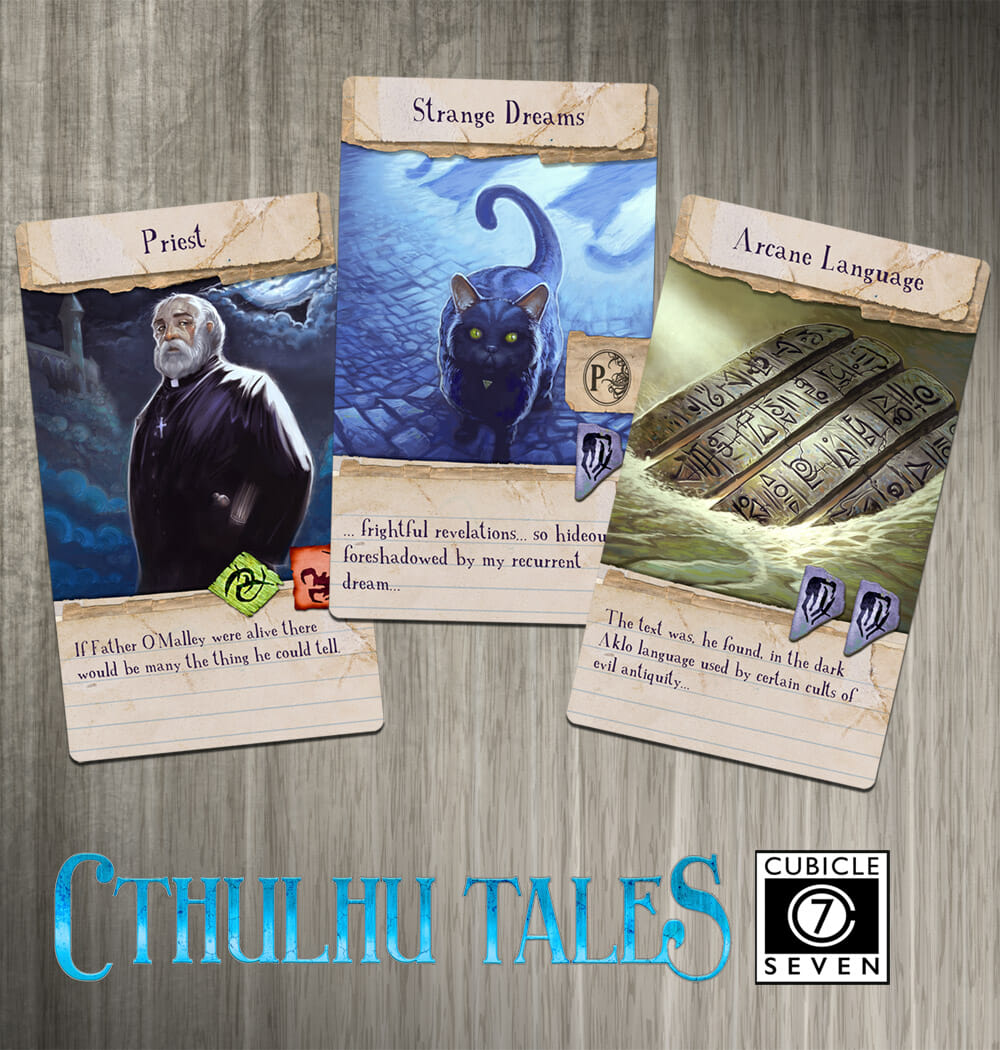 The art is from Scott Purdy, Jon Hodgson and Sam Manley.

Madness and storytelling with Cthulhu Tales

Art The Doctor Who gang

Books Doubles up on gigantic: A review of Shipstar
💰 Copper Coins 💰 Geek Native is an affiliate and may earn commission on purchases you make from third-party sites.
🍪 Privacy & Cookies 🍪 The site uses cookies to survive. By accessing the site, you agree to use your browser to control cookie use or take 1d4-3 privacy damage (tracking). If you defeat cookies via ad blocking, please consider the Patreon. An intro to cookies, and how to control them, can be found here. I Manage Cookies