You are here: Home / Books / Deadly power struggles: A review of The Boy Who Wept Blood 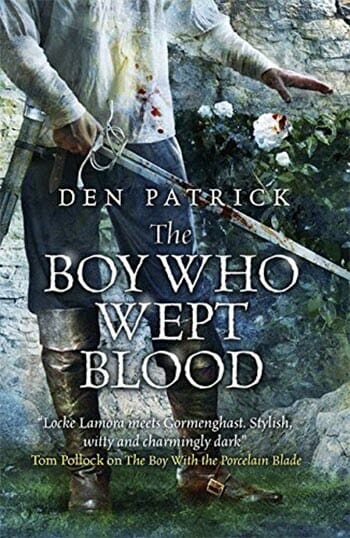 The Boy Who Wept

Den Patrick has created a Machiavellian style world of political legacies locked in a tense, controlled, peace. By the end of the first book the safety mechanisms have been throw away. This is a fantasy thriller, low fantasy, as some of the characters are mild mutants (anything more than a mild mutant gets discarded at birth… in theory). Weeping blood is one of the not-human characteristics that our hero Dino shows. The thorns on his arms, which he keeps tightly wrapped up in embarrassment and for practical reasons, are the other.

Dino wasn’t the official hero in The Boy with the Porcelain Blade but he was one of my favourite characters. At that young age he was loyal, courageous and very good with the sword. Those attributes are carried forward as we move on a few years and the drama starts to come boiling up to the surface again.

The Boy Who Wept Blood does not just explore loyalty and family; it looks at individuality and sexuality as well. In this noble-run world where marriages and births are political events every aspect of a character’s personal life is under scrutiny. The court tolerates the mutants among them, just, but aren’t so accepting of homosexuality. As a reader; this helps identify which of the various factions you wish to consider good and which you’ll classify as bad.

Having said that this is a low fantasy there are some hints from Patrick that the world the Erebus Sequence might have a very interesting background. We know the kingdom was established by settlers. We know the king had access to “strange machines”. In this book we get some brief descriptions of those machines and it’s enough to wonder just how technically advanced these settlers were.

In fact, the mystery of the king’s science is one of the plot points – key characters get distracted by it which allows the world to slowly unravel around Dino.

I think this is a better book than the first. Den Patrick’s world remains as fantastic, as believable and fresh as before, but the pace of the book is better. Politics mixes with action wonderful as Dino and friends try and tackle grey robed bandits and their backers.

Any grumbles? It’s an abrupt and unsatisfactory ending. Sure; we get to a crescendo of action and a pivotal plot point but we’re left with the “so what”. In the last paragraphs of the book we loop all the way back to The Boy with the Porcelain Sword and finish with a “so what are you going to do about that?” which the readers will have to wait for the next book in the Erebus Sequence to find out. Clever cliffhanger? Perhaps.

Overall? This is a fantasy series to be reading.

Disclaimer: My copy of The Boy Who Wept was provided for review. Den Patrick, Gollancz, 416pp softcover.

Deadly power struggles: A review of The Boy Who Wept Blood 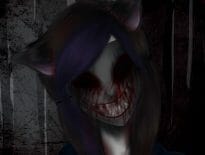 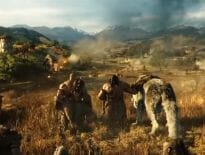