You are here: Home / Books / A Look Inside: Tales of Tamriel – Book II: The Lore 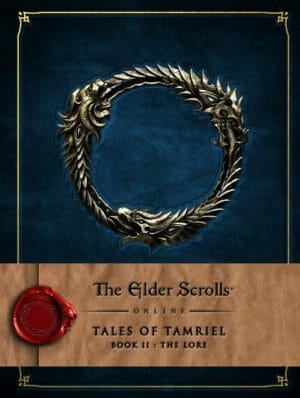 Bethesda Softworks and Titan Books are bringing out a second book to help unlock the lore of the The Elder Scrolls Online.

Tales of Tamriel – Vol. II: The Lore scoops up the in-game texts you can find as you play, combines it with exclusive artwork, and produces a mythology for fans.

The Lore will explore the factions, geographices, creatures, heroes as well as those who fight for Molag Bal.

The hardcover book is available for pre-order today, with a release date of November 20th and a RRP of £29.99.

The text below are two extracts from the book. They’re shared here, with permission, to give you a look between the pages and a feel for the lore.

During the early bloody years of the Second Era, Vanus Galerion was born under the name Trechtus, a serf on the estate of a minor nobleman named Lord Gyrnasse of Sollicich-on-Ker. Trechtus’ father and mother were common laborers, but his father had secretly, against the law of Lord Gyrnasse, taught himself and Trechtus to read. Lord Gyrnasse had been advised that literate serfs were an abomination of nature and dangerous to themselves and their lords. All bookstalls within Sollicich-on-Ker had been closed. All booksellers, poets, and teachers were forbidden, except within Gyrnasse’s keep. Nevertheless, a small scale smuggling operation kept a number of books and scrolls in circulation under Gyrnasse’s shadow.

When Trechtus was eight, the smugglers were found and imprisoned. Some said that Trechtus’ mother, an ignorant and religious woman fearful of her husband, betrayed the smugglers, but there were other rumors as well. The trial of the smugglers was nonexistent, and the punishment swift. The body of Trechtus’ father was kept hanging for weeks during the hottest summer Sollicich-on-Ker had seen in centuries.

Three months later, Trechtus ran away from Lord Gyrnasse’s estate. He made it as far as Alinor, half-way across Summerset Isle. A band of troubadours found him nearly dead, curled up in a ditch by the side of the road. They nursed him to health and employed him as an errand boy in return for food and shelter. One of the troubadours, a soothsayer named Heliand, began testing Trechtus’ mind and found the boy, though shy, to be preternaturally intelligent and sophisticated, given his circumstances. Heliand recognized in the boy a commonality, for Heliand had been trained on the Isle of Artaeum as a mystic.

When the troupe was performing in the village of Potansa on the far eastern end of Summerset, Heliand took Trechtus, then a boy of eleven, to the Isle of Artaeum. The Magister of the Isle, Iachesis, recognized potential in Trechtus and took him on as pupil, giving him the name of Vanus Galerion. Vanus trained his mind on the Isle of Artaeum, as well as his body.

Thus was the first Archmagister of the Mages Guild trained. From the Psijics of the Isle of Artaeum, he received his training. From his childhood of want and injustice, he received his philosophy of sharing knowledge.

The Order of the Black Worm

Mages Guild Report: The Order of the Black Worm

It is as we feared, Archmagister: the Order of the Black Worm is no mere Daedric cult, but a brotherhood of necromancers that seeks to rival—nay, supplant—our own Mages Guild.

Even as the Mages Guild was founded by the ex-Psijic Vanus Galerion, so was the Worm Cult founded by his arch-rival and nemesis, the ex-Psijic Mannimarco. Both were trained on the Isle of Artaeum, but when Galerion got Mannimarco expelled for his dabbling in forbidden necromantic arts, the self-styled Worm King simply relocated to continental Tamriel and took up his heinous pursuit in earnest. He is known to have sought out hidden manuscripts describing how the Dragon Priests enthralled their draugr, ancient Ayleid tablets regarding the summoning of spirits of the dead, and the Crimson Book of Skulls, which Shalidor himself had thought destroyed. Mannimarco has bragged of consorting with Daedra Lords, and may even have bargained with the Father of Vampires, Molag Bal himself.

Mannimarco then set about spreading his blasphemous lore, enlisting unscrupulous mages, outcast witches, and vile Reachmen into his necromantic network. He dubbed his new cult the Order of the Black Worm, in emulation—or perhaps mockery—of the monastic orders of the Divines. In most parts of Tamriel, raising the dead was quite properly considered an atrocity, so the Worm Cult at first operated entierely as an underground, illicit organization. But Mannimarco, in addition to being a mighty necromancer, is a wise and wily diplomat, and in many jurisdictions he’s persuaded, bribed, or intimidated the authorities into turning a blind eye to the Order’s activities.

Worse, in Cyrodiil, the King of Worms has even persuaded the ruling Tharns of the Imperial City to declare necromancy a legal magecraft, and the Order of the Black Worm has now taken the place of the Mages Guild as the authorized magical advisors to the Imperial Throne.

A typical cell of the Order, known informally as a ‘Worm Nest’, is led by a necromancer who bears the title ‘Worm Anchorite.’ An Anchorite reports directly to Mannimarco, though their means of communication is as yet unknown. Beneath the Anchorite are Necromancer Adepts, Worm Warriors, and lackeys called Worm Thralls. New cultists are attracted by promises of great power for those who serve loyally, and all are sworn to secrecy on pain of Undeath.

Regional plots are addressed in the secondary reports. An additional overheard rumor, uncomfirmed at this time, is that the Order has opened negotiations with the Sloads of Thras. I am seeking further information, and may know more by the next dark of the moons.

A Look Inside: Tales of Tamriel – Book II: The Lore 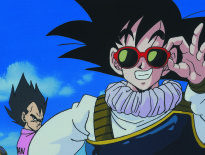 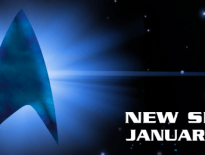