You are here: Home / Books / Huge, hard sci-fi: A review of Bowl of Heaven

Bowl of Heaven is a combined project from sci-fi faves Larry Niven and Gregory Benford. I’m in the interesting position of having read both Bowl of Heaven and the followup Shipstar based on recommendations for the latter of the two. Bowl of Heaven is harder to get into and ends in such a way that if Niven and Benford have won you over that you won’t be pleased unless the sequel is in easy reach.

The book has the crew of a spaceship called the Sunseeker leaving for a planet with the rather odd name of “Glory”. This is a lifetime mission, never to see Earth again, and with the crew confined to hibernation pods.

Trouble, of course, means some of the crew have to wake early. The Sunseeker has been travelling more slowly than expected and so the food supply is running out. Secondly, dramatically, there’s a huge object in the way.

How huge is a huge space object? The Bowl of Heaven surrounds a star and is the size of millions of Earths.

Need food? Explore the giant artificial planet construction. The crew encounters a range of pretty weird aliens and not all of them are friendly.

I rather enjoyed the weird aliens. We’re miles and miles away from the Star Trek model here in which aliens are all humanoids with variations. This is made possible because of all the environments the Bowl of Heaven can support and the fact that the Bowl itself is a mechanical construct floating through space! Sci-fi GMs will find inspiration here.

Another attraction of Bowl of Heaven is the hard sci-fi. There are some pretty outlandish concepts here but there’s a science behind them and readers who enjoy that sort of thing get treated to walk through explanations of how some of it might work.

So, what are the challenges of the book? I didn’t find much to relate to in the characters. I imagine if you don’t put red shirts on some of the landing party then your audience might get caught out. I didn’t mind the action as much as just not gelling with the Sunseeker’s crew. I much preferred the aliens.

Perhaps the biggest challenge with the book is the lack of drive to go forward. We have got a team of hapless humans exploring a strange, giant, space construction. Bowl of Heaven is the story of that exploration. The sense of adventure is there, a little bit, but the sense that we’re heading to a grand discovery or revelation isn’t.

If you’re a Niven or Benford fan then tackle Bowl of Heaven in the knowledge that the authors are setting up the pieces for what comes next.

Huge, hard sci-fi: A review of Bowl of Heaven 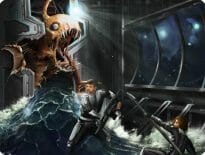 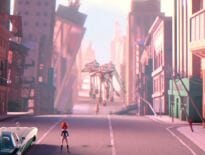