This is a board game in which water can leak into the game arena, flow around and force you to change your strategy as a result. The aquatic monsters are a problem too. There are more details on the campaign page.

Mike Robins, an indie designer, is asking for $35,603 to make the game happen. That’s an oddly specific amount but the cut and thrust of the matter are board games are expensive to make. The models in Fathoms look wonderfully detailed, those are monsters I can see DMs sneaking into a D&D game to worry players, but that doesn’t make them any cheaper.

At the time of writing, there are still 21 days on the clock. The campaign has passed the $5,500 mark. My gut feeling is that the game is good enough to attract the funds but Robins is up against the wall when it comes to getting the word out. It’s not easy for indies. A Kickstarter staff pick would be nice here.

The pledge tiers are soundly in the “usual for board games” bracket too. You’ll get a copy of the game and the stretch goals if you step in with $60. Game bonuses appear if you step up to $100.

I think there’s something special about the “monsters in the water” genre. I think it’s because we, as humans, know we can visit the water but it’s not where we belong. The fact that there’s something else in the murky depths that’s dangerous and hostile is no stretch of the imagination. That’s why films like Jaws and the Abyss have done so well.

GeekNative while taking care of any bio 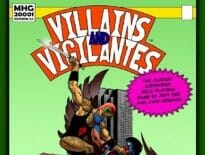 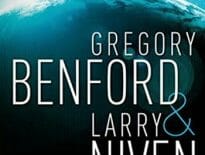