You are here: Home / Books / Russians against the angel: A review of Truth and Fear 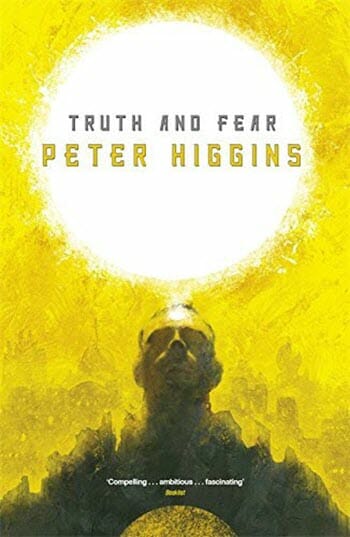 We’ve a State Investigator, now essentially hunted by the State, teamed up with the daughter of a terrorist, now an assassination target for her father, trying to survive in a world that started of dark and which is quickly getting darker.

Higgins gets the action going in Truth and Fear by introducing new supernatural characters. This is a dangerous world. The war isn’t going well. The otherworldly effects of the Pollandore – a universe in a box – are bleeding through. An angel is waking somewhere deep in the forest, corrupting everything it touches and powerful, dangerous, mad people are on the prowl. Despite all this Higgins, somehow, keeps the setting feeling more like a dieselpunk alternative communist Russian than anything high fantasy.

More than the in previous book, Truth and Fear takes the action out of Mirgorod and gives us a view of the greater world. We tap into schemes and plots that had been lurking in the background and watch the disasters that line up as they unfurl.

A third layer threatens; we’ve the grim noir thriller and the supernatural fantasy, but Truth and Fear ramps up the effects of the war Vlast has been engaged in for so long. Imagine daily air raids on a city that collects the stone flesh of fallen angels and is home to supernatural hunters. Can it be saved?

Peter Higgins read English at Oxford and his command of the language is clear. While it’s easy to see why people compare his style to China Mieville I think the two are very different. Higgins writes with a tempo that lures you into a sense of rhythm even as the plot begins to buck and throw unexpected shapes at you. His characters are defined as much by their context as they are by their actions.

I’d recommend Truth and Fear but don’t start with this book. You need read the Wolfhound Century first.

My copy of Truth and Fear: Book Two of The Wolfhound Century was provided for review. Published by Gollancz, 384 pages.

Russians against the angel: A review of Truth and Fear 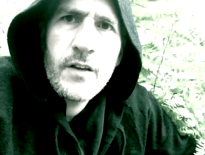 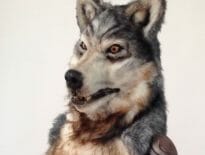