Niantic, the company behind Ingress, recently scored its independence from Google. Players had previously been worried about that the End Game project was… a rival game, not an end to Ingress, Niantic had (mostly) successfully reassured people. Then players had life after Google to worry about. The launch of Pokemon Go serves both to reassure that Niantic has the money, clout and future to carry on but also may create that End Game-like worry about focus.

The augmented reality game uses the smartphone as a view finder, which lets players see the Pokemon, their captures and their battles. Much like Ingress the importance of real world exploring is front and centre and this will be another game that helps get people off their butts and outside.

Another element that Ingress players will recognise is the team battles. Ingress works most effectively if you can form a team but you rarely get to see anyone else on your scanner (just the occasional flash of a portal turning grey). This looks to be very different in Pokemon Go where you can watch other Pokemon fight and team up in group missions.

The game is expected to be free to download and available from both the iOS App Store and Google Play next year. 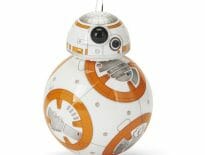 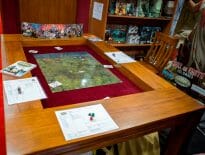 Tabletop & RPGs Carolina Game Tables find their legs on Kickstarte…
wpDiscuzComment Author Info
Manage Cookie Consent
This site uses cookies 🍪, and links are ads that may earn bloggers some money 💰, and with this alert, I very much hope that these dark truths 🧌 are acknowledged.
Manage options Manage services Manage vendors Read more about these purposes
Preferences
{title} {title} {title}