You are here: Home / Books / Competition: The Splintered Gods 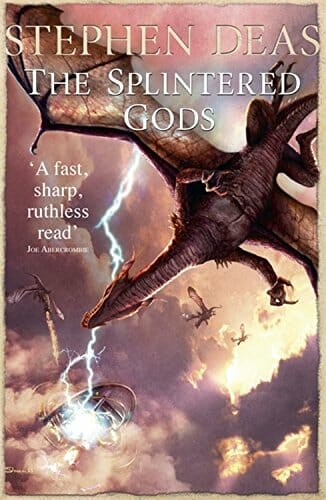 The Splintered Gods is the latest book from Stephen Deas in the Memory of Flames series. The Dragon Queen is being forced to wage war on her new master’s rivals and the magic necklace that traps her ensures she cannot escape.

Trapped in another body, Berren – the Bloody Judge – is on the hunt for the man who stole his life. He and the single Adamantine soldier he travels with are left in a world all but ruined by the Dragon Queen’s attack. What is this strange power the escapes when Berren is in danger and what does it have to do with the Dragon Queen?

The Splintered Gods is a book of epic fantasy and dragons.

You can win a copy of the book in this easy giveaway. Just answer the poll in the widget to score some entry points and you’re in the running. Each entry point is one chance to win so check the widget again for other ways to secure the prize.

Love the Levitation one.

The Blue Dragon is cute. :)

Was a very hard decision but love Incineration  :)  Thanks for the chance.  :)

Levitation one is my favourite.

Mainly because it reminds me of Smaug from The Hobbit!