You are here: Home / Geek Stuff / Experience life as a Jedi through a GoPro

You’ll have seen a host of GoPro videos now. There are sleek ones in which gorgeous bikini divers swim with sharks or real-life classics such as seagulls stealing the camera and flying off. Have you seen a geeky one yet?

It looks like the Jedi has the GoPro mounted to his chest via a harness. Perhaps it a modified Yoda carrying rig?

I like how the Stormtroopers live up to their reputation – their first shot acting as a warning, giving the Jedi enough time to defend off any later shots. What about that AT-AT Walker, though?

I think I would just force throw every enemy up in the air…..

Experience life as a Jedi through a GoPro 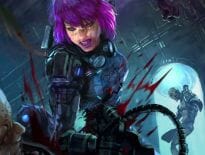