You are here: Home / Geek Stuff / Cool Tech / The people of Hackerville

The Romanian town of Ramnicu Valcea is known by security experts as “Hackerville” and is considered by some to be the most dangerous town on the internet.

Norton, the anti-virus, firewall and security company, have teamed up with the award-winning indie director Sean Dunne to create a documentary. It’s a look at the hacker culture as well as the cultural factors that are helping to create the darkweb economy in Romania.

The documentary packs suitable editorial punch and manages to interview some high profile crackers. Who do they get to speak to? There’s “Iceman”, aka Robert Butyka, who managed to hack into NASA, there’s the Romanian hacker “Tinkode”, aka Manole Razvan, who’s managed to break into the Google, MySQL and the U.S. Army, “Madalin”, who is the business partner of Tinkode and “Guccifer” who managed to hack Hillary Clinton and Colin Powell’s personal emails.

Curious? You can watch In Search of the Most Dangerous Town on the Internet for free over on the Norton website. It’s about 20 minutes long.

It may seem obvious to Geek Native readers that cyberattacks are a real threat. We all know about powerhouses brought low – companies like Sony that seem to have been easy thwarted by hackers – but Norton and Symanetc seem still to need to work at persuading companies.

It is possible that some companies still struggle to imagine what cyberattacks are like. It might feel too virtual to be real to some decision makers, who might be in the their late 60s after all. By putting the names and faces to the threat Norton are using the 20 minute documentary to persuade these people not to dismiss cyberattacks as something that happens to other companies.

Ultimately, it may be that by talking to the people of Hackerville that the virtual threat feels more real.

Disclosure: This is a sponsored video post. This means the video here is an advert from Norton but the accompanying text, typos, angle, point of view and commentary is all mine. These posts help offset Geek Native’s hosting and online security costs. 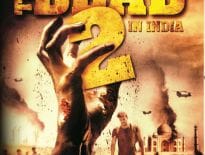 Movies Exclusive clip from The Dead 2: In India 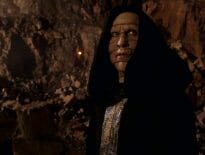