You are here: Home / TV / Anime / Which Bankai would you get? 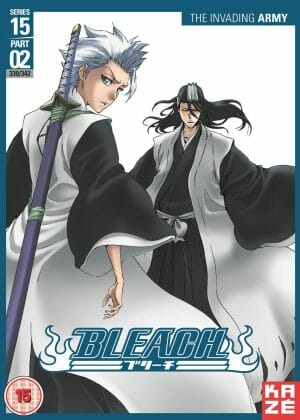 The Bankai, the final release, is available to only the elite of the Shinigami. To weild their Bankai the soul reaper must be able to materialise and control their Zanpakuto spirit.

If you were a Shinigami and were working hard to unlock your Bankai what sort of powers would you get? The quiz below uses some of the famous Bankai from the TV series as a comparison to match you with one.

This quiz is inspired by the release of the second half of season 15 of the long running anime in the UK.

Which Bankai would you get?

Geek Stuff Fancy a monster sound system?
💰 Copper Coins 💰 Geek Native is an affiliate and may earn commission on purchases you make from third-party sites.
🍪 Privacy & Cookies 🍪 The site uses cookies to survive. By accessing the site, you agree to use your browser to control cookie use or take 1d4-3 privacy damage (tracking). If you defeat cookies via ad blocking, please consider the Patreon. An intro to cookies, and how to control them, can be found here. I Manage Cookies