You are here: Home / Movies / Plenty of Jackie Chan in the official Dragon Blade trailer

Written and directed by Daniel Lee, Dragon Blade is said to have been a big success in China and is now due out over here.

We have Jackie Chan and his group of warriors trying to defend the Silk Road from Adrien Brody’s corrupt Roman leader Tiberius and his giant army. Tiberius proves to be an incredible foe so not only is Chan forced to team up with an elite group of Roman defectors led by John Cusack’s General Lucius he has to try and get more than 30 different ethnic nations to come together for the epic battle.

The film is already out across Asia but isn’t due in the States until September. There’s no listed UK release, yet.

Plenty of Jackie Chan in the official Dragon Blade trailer 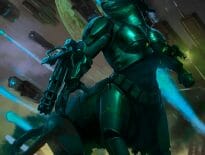 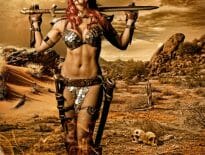