You are here: Home / TV / Anime / Chaos Dragon is born from a tabletop RPG

The anime part of the project is Chaos Dragon which is due to premiere on Japanese TV next month.

The story is focused on a small island country called Nil Kamui that finds itself in the awkward position of being squeeze between two powerful nations; Donatia and Kouran. Trouble starts when their guardian god, a powerful red dragon, starts to go out of control.

Chaos Dragon is born from a tabletop RPG 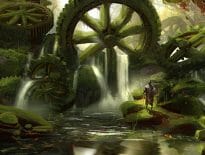 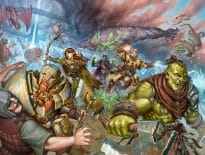