Foe Hunters is a new (again) Kickstarter from Spellforge Games for a collaborative deck building game. The heroes use their experience points to buy cards, working together to take on a series of foes. At the time of writing the Kickstarter has raised nearly $10,000 and you can check out the details here.

Spellforge needs to hit $25,000 to fund but as I pen this post there are 23 days still on the clock so the momentum is with the game.

I must admit; card games are a pretty common sight on Kickstarter but I rather like the look of this one. Playing a deck builder with friends is a nice idea. If the game is expandable then it means you can celebrate new cards together. The experience point system might mean a lot of dice fiddles but I suspect it’ll work well. There’s a YouTube run through from Rahdo below to put that to the test.

The text of the Kickstarter implies this is not the first attempt. A quick look Spellforge Games’ Kickstarter profile shows that a preview run was cancelled just a few weeks ago. The big changes are much better international backing – Europe’s a big game playing market – and the Cult of Oleg’Arth are part of the base game.

It’s hard to shake the idea that this a card based version of Monster Hunters. That’s no bad thing; always wanted to give the collaborative computer game a go but I’ve never found the time.

Combine your deck building skills against monsters in Foe Hunters 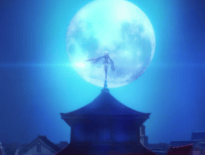 Anime Chaos Dragon is born from a tabletop RPG 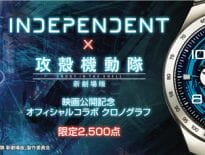