You are here: Home / Geek Stuff / If you like sports then you’re more willing to strike deals with demons

In March Geek Native was able to run a fantastic competition in conjunction with Angry Hamster Publishing. Their new dark RPG is called Witch and is about those people who’ve traded their soul for power. Inspired by the concept the competition with a survey that asked two questions; 1) do you sports and 2) would you deal with a demon.

The results? Sports fan are more likely to deal with demons than non-sports fans. 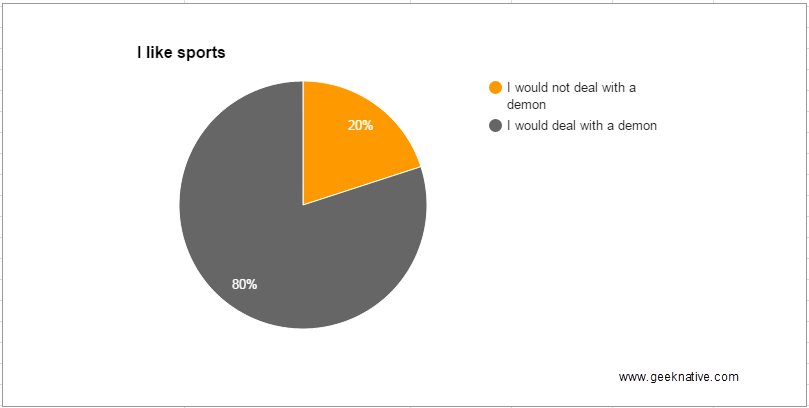 What do you make of the results? The survey less than 50 respondents and wasn’t scientific in anyway but on the other hand barely a week goes by without the news reporting on another sporting scandal. Are sports fans more willing to do dark deals than everyone else?