You are here: Home / Games / Tabletop & RPGs / From the Inkwell: 12 Realms and Bedtime Stories

One of the success stories Geek Native has been able to chart has been Mage Company. The publisher pulls together clever board game ideas, well thought out Kickstarters and binds them together with savvy business models.

In this guest post Geek Native shares the floor with Alexander Argyropoulos & Michael Andresakis the two Mage brains. With a Kickstarter campaign planned for May to extend 12 Realms we ask the Mages to discuss fairy tales, bedtime stories and give us some insight on the campaign.

Fairy tales have always helped us as kids form our imagination, and grant us access to mystical lands. They open our horizons and allow us to dream, hope and draw courage from the tales of heroic adventures who go against all odds and defeat the powerful villains. 12 Realms, a fantasy board game, attempts to recreate that long lost feeling of awe that the fairy tales once provided us with, as well as allowing newer players to experience a story like never before. The fate of the Realms rest upon your shoulders as you attempt to take a long and arduous heroic journey.

Just like the stories themselves, 12 Realms contains famous heroes such as Sinbad to King Arthur to Red Riding Hood, Nutcracker, Snow White, Hansel & Gretel and Robin Hood. As you step into their shoes, you will have to face their own fears, interact with their allies, and overcome their villains. But with the core game and the expansions you can do a lot more. You can try and go on all new campaigns, play against your former allies, and even take the illustrious role of the master player. All these modes are further augmented by the detailed hand-painted minis, beautifully crafted to capture each characters essence and the magnificent artwork, that needs to be seen to be believed. 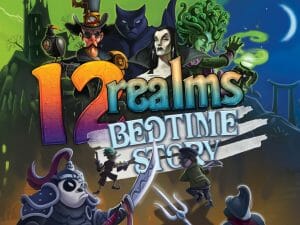 As the battle for the Realms rages on, the Heroes need to make a last stand against the forces of Darkness, and banish them once and for all. Each of the Realms will have it’s own Plot, offers as a stretch goal in the upcoming Kickstarter campaign on May where you can follow here: 12 Realms: Bedtime Story and you can always click on notify me on launch button so you be the first who will join into this project.

In Tang Dynasty, the Heroes will join forces to reach the Palace, where the power of the Gods has been stored. To do so they will need to break down the Walls that separate the Realms, by completing certain tasks, such as collecting the Artefacts, destroying the Black fortress and defeat the Dark Lord, while archers are constantly shooting them. But destroying a part of the wall takes a toll on the Hero in the form of new Green Talents. Those represent the influence the Dark Forces have on him, and once a Hero reaches the Palace, the Dark forces will force them to turn against each other, and claim the divine power for themselves.

Atlantis is sinking and the flood affects all the rest active Realms. As time passes the water level will begin to rise in more than one Realms and you will need more Talents to travel there. The Invaders however aided by the force of the water will become more powerful. Save as many people from drowning, sacrifice your Hero and buy some time for your co-players to find the solution and save yourselves.

The time is running but in Clockwork Shire there is no time. Pinocchio and Geppetto must work to find all the missing gear wheel and re-activate all the Areas and only then will you be able to attack the Invaders raiding the Realm. Use speed, travel among all the realms and find the correct gear wheels but be careful! Steam Baron will be there and you must face his mechanical skills!

Finally in Horrorville, a madman is running loose transforming people into beasts.

You must work together, find the cure and help him before he transforms them all and it is too late. But beware, as his strength is supernatural, and he will not hesitate to turn you into beasts as well. It is time to complete 12 realms and continue the fairytales legacy!

From the Inkwell: 12 Realms and Bedtime Stories 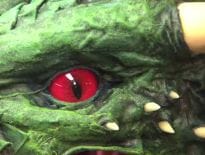 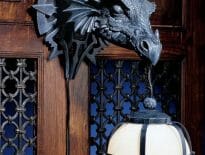