You are here: Home / Books / Sword and planet: A review of Kane of Old Mars 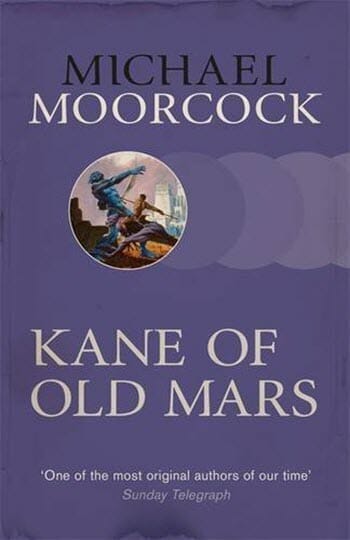 I’ve seen John Carter of Mars but not read any of the Edgar Rice Burroughs stories. I had the famous title in mind as I started to read the most recent re-release by Gollancz of Michael Moorcock’s “Kane of Old Mars”.

Wikipedia tells me that the trilogy was first published back in 1965. The original three stories were once called “City of the Beast”, “Lord of the Spiders” and “Masters of the Pit”. All three titles make sense and, in fairness, are probably more evocative than “Warrior of Mars”, “Blades of Mars” and “Barbarians of Mars” which the three short stories that complete “Kane of Old Mars” are currently known. I guess the “of Mars” has market value. Besides, how can you pay homage to John Carter if you don’t underline the main message?

What we have is the story told to us by a fairly rich English gentlemen who meets a remarkable American scientist (and possible Olympic fencer) who accidentally stumbles on a way to transport himself back in time and to the red planet.

The Mars that Kane finds is a post-apocalyptic fantasy. The advanced races have warred and gone; they’ve left just the remains of their technology behind. In their place we have a high fantasy mix of interesting races, swords and sandals levels of technology and plenty of drama.

I’m not sure if there are homoerotic tendencies in Kane of Old Mars or not. I wonder because clothes get abandoned really early on, there’s plenty of bromance and riding around on the back of man-like mounts. The case against involves to the female love interests and the lack of any focus on the anatomy of the men and a hypnotic villainess.

As it happens; it doesn’t really matter. The strength of “Kane of Old Mars” isn’t really in the characters – at least, not any more. What appealed to me in this trilogy is the retro-futurism. This is what sci-fi was like 50 years ago. It’s interesting. It’s very different.

Combine the retro-futurism with Michael Moorcock’s writing and you’ve got something special. Moorcock doesn’t waste any words. He can conjure up epic scenes quickly and he is happy to leap the plot forward dramatically.

The result feels a bit like time travel. That, after all, is exactly what’s happening to Kane. I enjoyed the book – it was an historic trip and a welcome distraction. The fact that there are three separate stories in Kane of Old Mars just makes the collection all the more digestible.

I’m not sure what I was expecting when I started to read Kane of Old Mars. I suspect I had a touch of “I might as well…” about me. I needed something for the flight. As it happens I really rather enjoyed the collection. It comes as a bit of a surprise; but I rather recommend the series.

My copy of Kane of Old Mars was provided for review.

Sword and planet: A review of Kane of Old Mars 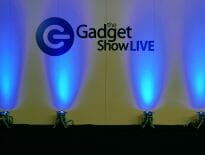 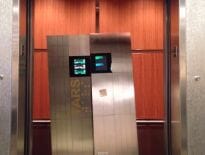