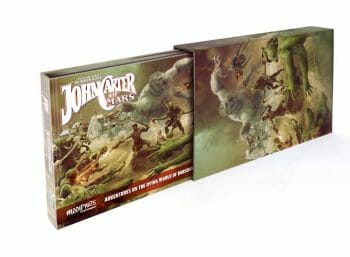 This license will use a variant of Modiphius’ 2d20 system, Momentum, with a focus on pulp-action. The British publisher has worked with the estate of Edgar Rice Burroughs and with Scott Tracy Griffin, a leading scholar of the author and Barsoom to make sure the game feels right. Players will be able to create their own PCs or play as John Carter, princess Dejah Thoris or the fearsome Thark Tars Tarkas.

If the Kickstarter launches on schedule then the campaign will go live on Tuesday 9th Jan. Modiphius have had great Kickstarter success and there’s no reason to imagine the John Carter RPG will be late.

The RPG is designed to cope with the various eras covered by Burroughs. Here’s an excerpt from the book.

The races of Barsoom live for centuries and lead lives that require them to focus on the present instead of dwelling on past events or future possibilities. Months or even years may pass between significant events, during which time things do not change much. This is illustrated in Burroughs’ work, as Carter and other characters often spend long periods of time between events detailed in the novels. Even during some stories weeks, months, or even a year or more will be done away with in a few lines of text, with time passing in leaps and bounds before returning to some crisis or significant action. In a John Carter of Mars campaign, similarly long periods of time may pass and it is of limited utility to adhere to a strict timeline. It will often be important to know the general political landscape and where things lie in relation to certain events, but exact time-keeping and strict timelines are less vital than in some settings.

Despite this, there are significant periods, events, and developments in the Barsoom novels. Most of these revolve around the actions of John Carter and his allies. Depending on exactly when a campaign, adventure, or game session is set, certain kingdoms may be rising or falling. Certain figures may be alive, dead (or believed so), unborn, or even off planet. Certain races, customs, and beliefs are very different based on which general era of Carter’s time on Barsoom the action is set.

John Carter of Mars addresses these temporal changes not with a strict timeline, but with three distinct eras of play. These eras are named for Carter himself and relate to various events in the Barsoom novels. These eras are:

Dotar Sojat
Named for Carter’s name among the Tharks, this era begins around the time John Carter arrives on Barsoom at the beginning of A Princess of Mars and covers the majority of the first book, when he lives with the Tharks, meets Dejah Thoris, and has his earliest adventures on Mars.

During this period, many nations of Barsoom are in constant conflict even while the various races are in frequent conflict. Helium, Zodanga, and other Red Martian Kingdoms are regularly in conflict with each other as are the Green Martians and Red Martians. The First Born and Okar are mostly unknown save for the occasional raid or covert action, and those who know of them believe the First Born “Black Pirates” come from the Martian moons. Belief in the Barsoomian afterlife, the Valley Dor, and the River Iss are nigh-universal, with only the First Born and Holy Therns knowing these tales are manufactured to manipulate and misdirect.

During this time John Carter is relatively unknown outside a handful of groups such as the Tharks and their soon-to-be Jeddak, Tars Tarkas. The Earthborn hero has had little impact on Barsoomian culture or traditions at this time. Because Carter is mostly a stranger during this time, most of what holds true for this era also applies for some time before Carter’s arrival. Thus, while this era begins technically in 1866 with Carter’s arrival on Barsoom and lasts only about a year, events and information relevant to this period can be used for games set before this time as well. 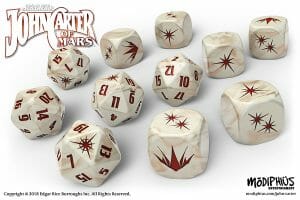 This period covers a large time period in the first three Barsoom novels, A Princess of Mars, Gods of Mars, and Warlord of Mars. During this period Carter marries Dejah Thoris and becomes a Prince of Helium. Dejah lays the egg that will eventually become Cathoris, the couple’s first child. For about nine Earth years Carter has mostly undocumented adventures and experiences, during which time Helium rises to prominence and the Thark horde and other neighboring nations develop good relations with Carter’s adopted nation. At the end of this period of prosperity the atmosphere factory that supplies much of Barsoom’s breathable air malfunctions and is restarted by Carter in an act that leaves him stranded back on Earth with the world of Barsoom believing him dead.

For ten more Earth years, Carter seeks to return to his beloved wife and adopted world. During this time, his son grows to manhood and then disappears into the Valley Dor. Dejah Thoris grieves for Carter’s loss for years until she too disappears. Eventually, the Thark Jeddak Tars Tarkas journeys to the Valley Dor in time to meet Carter, who finally “dies” on Earth only to return to Barsoom. During these adventures, chronicled in Gods of Mars and Warlord of Mars, Carter discovers and defeats both the Holy Therns and the First Born false goddess Issus, the main forces behind belief in a Barsoomian afterlife which in truth leads those who follow it to slavery and death. Shortly thereafter, Carter defeats the Okar Jeddak Salensus Oll and creates a great alliance of leaders of various kingdoms and races.

This era is rife for adventure and conflict, with Carter either occupied with the affairs of Helium and his family or lost and believed dead. His son Cathoris is a promising young Prince, but he quickly disappears himself. Player heroes during this time can carve out their own legends and even raise their own kingdoms without having to worry about how Carter and his fellows feel about their actions. Campaigns set early in this era may also see characters becoming early allies or followers of Carter, a valuable position as the hero becomes more well known.

During this time Carter is either a relatively well-known living figure in the regions around Helium or a great hero believed to have died saving Barsoom. The Green Martians, particularly the Tharks, are beginning to understand the value of kindness and friendship, but tension between various races and kingdoms still run high in most places. This period covers about twenty years Earth time, from 1867 to 1888. The beliefs of the Barsoomian afterlife, the Valley Dor, and the River Iss are still nigh-universal until the very end of this period, when the lies behind them are revealed and the truth begins to spread.

Jeddak of Jeddaks
This period covers the later novels in the Barsoom series, when Carter is well-established as the great unifying warlord of Mars whose allies include various kingdoms and groups of Red Martians, Green Martians, Okar, and First Born. During this time, new heroes such as Ulysses Paxton appear, and younger heroes such as Carthoris and Thuvia of Ptarth have their own grand adventures.

During this era, much of the conflict and adventure involves remote locales, hidden threats, forbidden science, and other dangers which threaten the general peace and prosperity of Helium and its many allies. Active wars are less common than smaller conflicts, but only constant vigilance and regular heroism keeps the fragile peace. The old beliefs and rivalries that once limited Barsoom are largely gone or on the decline, leaving a bright future that must be nurtured and protected.

This era is the default “modern day” for John Carter of Mars. It begins in the late 1880s by Earth’s Calendar, but extends well beyond, covering the days or World War I and later. During this time, Carter is a great hero, famous across Barsoom. His allies, children, and followers are themselves great champions and famous luminaries. This means this era can be a bit daunting for players seeking to carve out major roles and grand reputations for their own heroes, but this is balanced by the ability to interact with the characters of the Barsoom novels and the possibility of John Carter campaigns set in this time ushering in a grand new era defined by the players and their characters’ adventures.

Selecting an Era of play is one of the most important parts of creating a John Carter of Mars campaign. Advice and guidance is given later in the book to help Narrators with this task. For now, know that the Eras help divide the setting into three general but distinct time periods that determine which setting elements and characters are available for players and Narrators to interact with.

Whenever history, events, or other elements of the setting are specific to a certain Era, they will be marked with an icon corresponding to the Era where these things are relevant. For example, if an important character was only active during the Jeddak of Jeddaks era, their character description will note this. 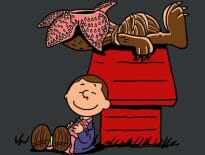 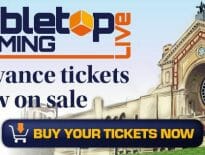