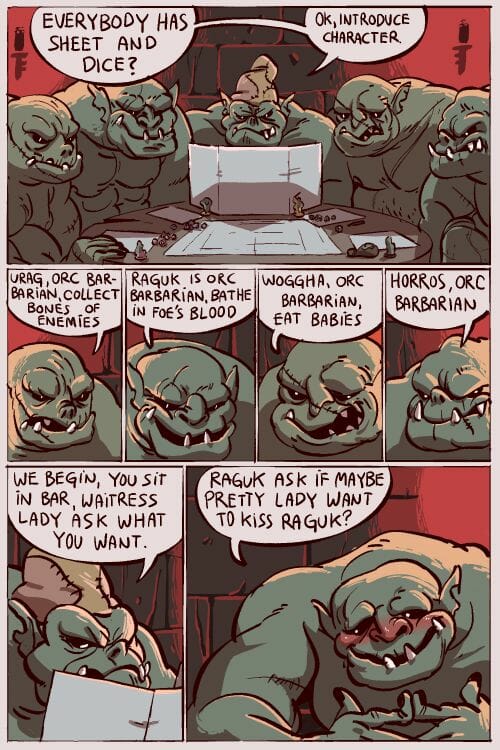 A piece titled “In Dungeons & Dragons you can do anything” by Rumbleraven. I think it works as well for any given RPG.

There’s more than one truth in this straightforward but effective comic strip. It’s true that lots of guys character up as warriors they would like to be. It’s also true that the very same folk might look for other types of escapism from the game.

In a RPG you can do anything… 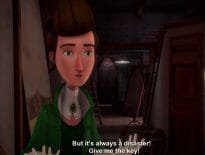 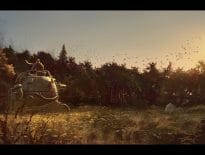