Sleeper: Orphans of the Cold War is a Kickstarter project from Death Spiral Games. Geek Native covered the launch, saying the campaign shows promise and since then the number of backers has increased threefold. There’s 15 days on the clock and just £150 to go. This campaign will fund.

Geek Native reached out to Ben Counter, Director of Death Spiral Games and co-author of Sleeper: Orphans of the Cold War, and asked whether he would put together a From the Inkwell piece. He kindly agreed and offered up some valuable insight on the game’s background design principles.

Sleeper’s background is something we’re very proud of. It’s the driving force behind the game, providing the tools games masters can use to create their missions and campaigns. The following are some of the principles that helped us make the decisions we made when creating background material for the Sleeper rulebook. Some of them are reactions to problems we saw in the backgrounds of other roleplaying games, while some were principles that came from a need to satisfy our own goals for the way Sleeper plays.

A Reason to do the Insane
Think about what player characters do during the average roleplaying session. They risk their lives, fight bad guys, and generally perform actions that on a normal day would be insane. A roleplaying game background has to provide the players with compelling reasons for their characters to do these things. Sleeper does this in two main ways. Firstly, it places the player characters in a military-style organisation with a chain of command that sends them out on missions, so there is always a reason for them to engage with the game session in the first place.

Secondly, it sets up a world where if the player characters don’t get involved, the consequences will be dire. The world of Sleeper is one where the secrets of Cold War superscience, including agents with superhuman powers, doomsday devices and forgotten weapon stockpiles, put the world in grave and immediate danger. The stakes are too high to do nothing, so the players have another excellent reason for their characters to risk their lives. 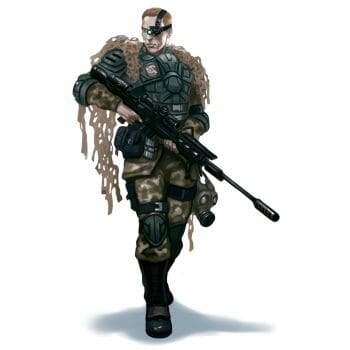 Built-in Conflict
Conflict is one of the requirements for any story, including one told through a roleplaying session. Sleeper’s background sets up several prime conflicts immediately using opposing factions. The player characters belong to Obsidian, a secret military organisation dedicated to protecting the world from superscience threats. Several hostile factions either oppose these aims, or want to destroy Obsidian itself. This means that games masters have ready-made conflicts they can use to fuel and inspire their plotlines.

Starting out Badass
Too many games start out with their player characters unable to interact with the majority of the background, as they’re too weak. The players have to ‘earn’ the cool parts of the game by spending sessions controlling characters too inexperienced to affect the game world in a meaningful way. We felt this just wasn’t fun enough.

Sleeper’s background has the player characters starting out as elites, highly-trained and well-equipped, to give players the feel of being awesome straight out of the gate. This also meant that we could streamline our skills system to focus on what a character is specialised in, rather than what he or she is able to do at all, as Sleeper’s agent characters are assumed to be competent at most things already.

Scales of Threat
Every games master has a different structure in mind when he or she comes to plan a campaign, and we wanted Sleeper to work with as many campaign concepts as possible, To facilitate this, we populated the world of Sleeper with threats of varying levels. For instance, some factions are single individuals or small groups with limited aims who, while extremely dangerous, can be tracked down and defeated over one or two missions. Others, however, are monumental conspiracies which would require many missions and game sessions to peel back the layers of subterfuge and reach the corrupted heart. A variety of the threat levels gives games masters more of the tools they need to craft the kind of campaign they want while placing it within the world of Sleeper.

We hope this has given you an insight into the kind of principles that guided us when we were designing the background for Sleeper: Orphans of the Cold War. The game is currently live on Kickstarter and already generating plenty of buzz, so to our Kickstarter page and check it out. 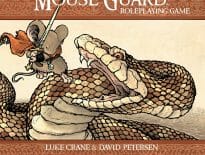