Rumours are swirling that Games Workshop are about to reboot Warhammer Fantasy. Not only that, some sleuths suggest the company will stop supporting the previous generations.

It is suggested that for the 9th edition of the game some factions will vanish. One rumour insists the final factions will be Chaos, Elves, Empire, Undead, Orcs & Goblin and Skaven. Another Warhammer rumour suggests a “new” faction of heavily armoured human worries that draw on power from gods. They’re described as Warhammer Space Marines.

The world map is set to explode. In fact, the world is set to explode – torn asunder and cast into various dimensional fragments. These pocket worlds sometimes overlap which allows for battles. The dimensional issue might coordinate with another rumour that all surviving factions are “chaosified”.

Larry Vela at Bell of Lost Souls is responsible for pulling together the news and rumour strands. His original article is worth a read.

Vela puts his money where his mouth has and calls the rumours largely true. He notes;

We’ve been saying for months that all the accurate rumormongers are pointing/hinting at a fundamental shakeup of the Warhammer Fantasy world. The End Times series is really only the bridge to get us there.

It is unclear how or whether this will effect Warhammer Fantasy Roleplay.

Is it going to be actually adorable?

Is Games Workshop about to completely reboot Warhammer Fantasy Battle? 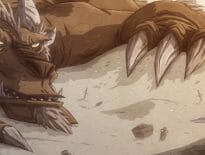 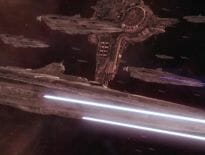