You are here: Home / Geek Stuff / Sites / How not to freak out when someone asks you who they should cosplay as

It is great. The cosplay hobby is growing in popularity. There are new cosplayers entering the pastime with each convention and meet up. Cosplayers have popular Facebook pages and there are thriving online communities. Sometimes someone dares ask; “Who should I cosplay as?”

Does that sound terrible? It shouldn’t. The only catch is the question is very common. It gets asked several times a day and regulars in some communities are fed up of it. Sometimes the simple question results in a freak out.

Step One: Remember that if this is the worst Facebook post you see all day then you’re having a great day.

You don’t need to respond to the question. It takes no effort just to skip past it. In the event of the words acting like an arcane ritual and commanding enough power to burn your eyes you can click on the top right corner of the post and have Facebook hide it from you. Phew. Safety.

Step Two: Keep in mind that this is a question newcomers tend to ask. Newcomers may not know you’ve been asked this before.

We’re all new to a hobby and a community at one point. You might even have asked “Who should I cosplay as?” yourself.

Let’s keep the cosplay community a welcoming one and avoid biting the heads of newbies.

Step Three: Cosplay is about dressing up as someone you are not. This means shape, size and skin colour should not matter. 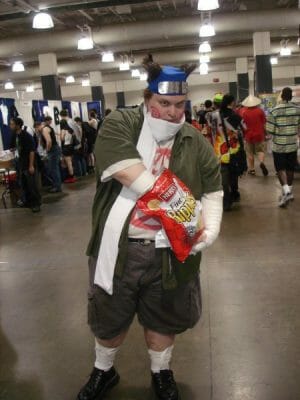 Step three can challenge people but it’s worth getting right. If someone who’s size 10 or above asks about cosplay then resist the following suggestions;

Why? These are clichéd responses.

Most cosplay involves dressing up as characters more physically able than you are in real life. That’s why anyone can cosplay as anyone.

Step Four: Do a reality check. Being the tenth person moaning about the question is worse than being the third people asking the question.

If you are fed up of people asking “Who should I cosplay as?” keep in mind there are people equally fed up of short tempered or trollish responses to the perfectly understandable question.

Step Five: Don’t be a jerk.

If you’re tired or have had a rough day then think twice before saying anything.

Plenty of blogs help showcase interesting cosplay ideas. If you’re stuck for a suggestion then why not follow Geek Native’s cosplay collection, the Tumblr Cosplay Blog or Geek x Girls. Equally, there are dozens of Pinterest boards; Cosplay Cosmic, cosplay from One Piece Manga, from Lady Distrubed or S Eday.

Where to get cosplay costumes from? There are sites like EZcosplay which sell complete outfits over the internet. Many cosplayers prefer to make their own or find supplies and designers on Etsy to work with instead. Ultimately, asking “where to buy cosplay supplies from” is a question that the community can help with. 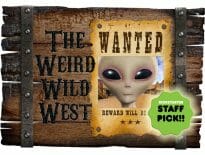 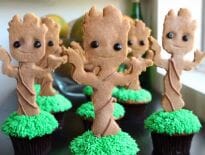