You are here: Home / Geek Stuff / Scientists more likely to believe in “unknown creatures” in the sewers

This is not a robust piece of research. This is a write-up of a Grimm competition in which contestants could win a copy of a novel from the urban fantasy TV show called The Killing Time.

To enter the competition readers had to answer a poll with two parts;

The competition attracted just over 50 entries and about 20% of respondents worked in science. For the purposes of this headline we’re calling that group “scientists”. It’s also tempting to call “creatures unknown to science” monsters but that might upset the Mutant Ninja Turtles. 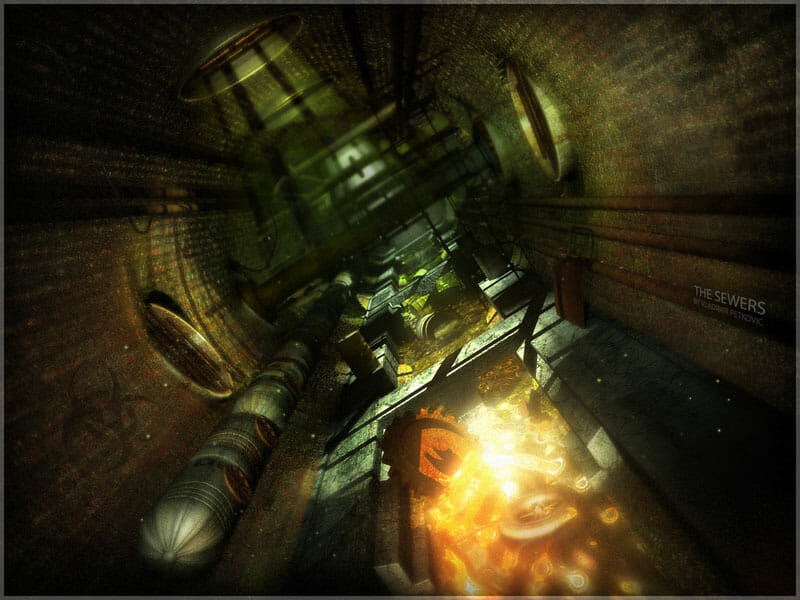 It wasn’t quite a 40/60 split among the non-scientists. Belief that something unknown to science won out by about 20% though. The difference in vote was larger among the science community. For every one scientist who did not believe there were any unknown creatures living in the sewers there were nearly two scientists who thought it possible.

This means scientists are more likely to believe in “unknown creatures” in the sewers than non-scientists. 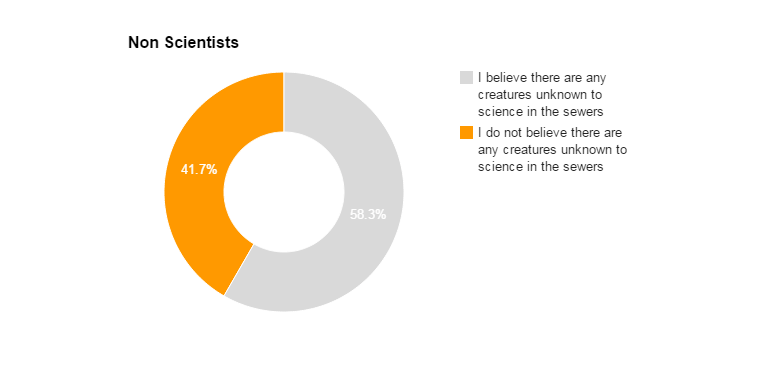 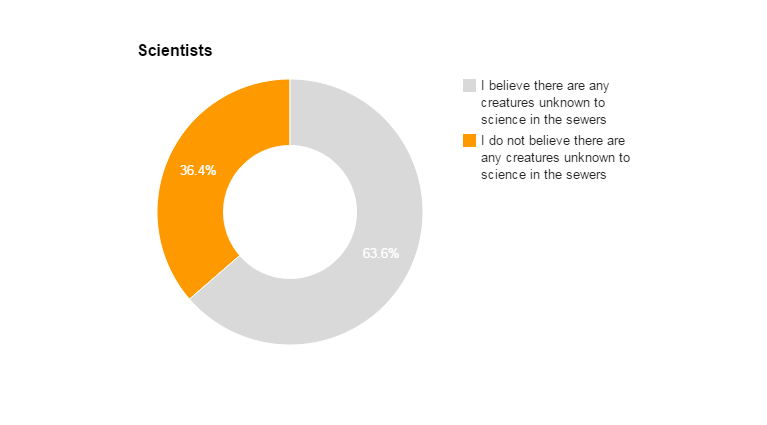 What do you think? Are there creatures that scientists are yet to discover living in the sewers below us? Let us know in the comments below.

Scientists more likely to believe in “unknown creatures” in the sewers