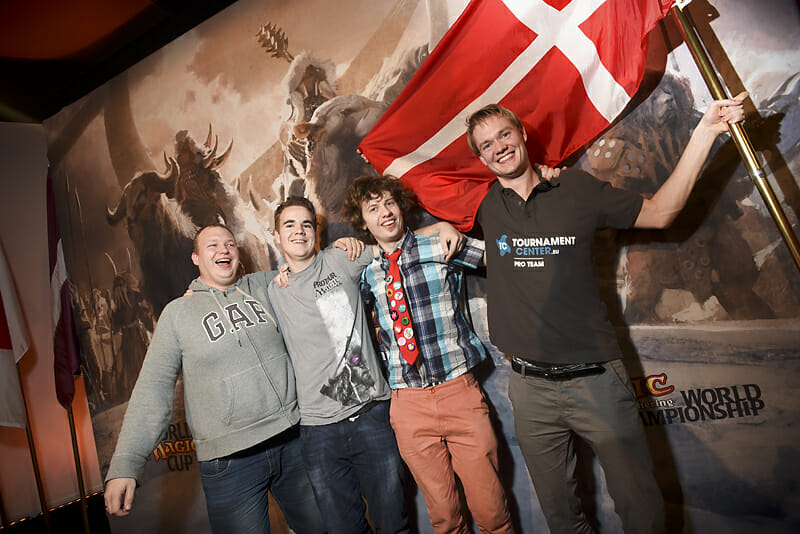 A 4-player team from Denmark has won the 2014 World Magic Cup while Israel based Shahr Shenhar successfully defended his Magic World Championship. Shenhar wins $50,000, while team Denmark have £48,000 to divide between themselves. Wizards of the Coast had almost $250,000 in the prize fund for top national teams.

The team from Denmark consisted of;

Greece came in second place. The competition itself took place in France and had teams from more than 70 countries taking part.

TV The Syfy channel sets out to prank British librari…
💰 Copper Coins 💰 Geek Native is an affiliate and may earn commission on purchases you make from third-party sites.
🍪 Privacy & Cookies 🍪 The site uses cookies to survive. By accessing the site, you agree to use your browser to control cookie use or take 1d4-3 privacy damage (tracking). If you defeat cookies via ad blocking, please consider the Patreon. An intro to cookies, and how to control them, can be found here. I Manage Cookies