BioWare are on the record with how Skyrim has influenced Dragon Age. The Elders Scroll smash hit brought a wave of new players into the RPG area and these gamers are not familiar with some old RPG tropes, habits and styles. The third game in BioWare’s popular fantasy RPG series; Dragon Age: Inquisition reflects that.

The launch trailer is gorgeous. It comes as no surprise that the game’s reviews are describing the rest of the game as visually stunning.

Here in the UK the game has been out for consoles like the Xbox One since November 21st. The reviews I’ve seen are positive; Kevin VanOrd of GamesSpot gave it 9/10 and “One for the ages”, Christopher Bratt at VideoGamergave it 8/10, Vince Ingenito at IGN wants to explore every not and cranny of the world and mount dragon skulls on his wall and Richard Cobbett of Eurogamer gave it 8/10. You can see the trend.

This means Dragon Age: Inquisition is getting a different reception than its predecessor. While many RPG fans liked Dragon Age 2 some said the game felt rushed. While Dragon Age 2 got mainly positive reviews roleplayers like choice and it was noted the origin stories was removed, race choices had been removed and the world was smaller.

Developers and designers have clearly listened to that feedback. The world hinted at in the trailer is a huge one. It’s not quite the sandbox of Skyrim – and some gamers may prefer that. Race choices are in; human, dwarf, elf and even Qunari.

There’s romance too. The trailer has a couple snuggle down by a blazing fire and another meeting gleefully in the street. The game is rated 18 but BioWare points out that sex scenes are “mature and tasteful”. Not every romance arch requires sex to progress the story either.

There’s plenty of characters featured in the trailer video and this is reflected in the game. BioWare do like a large cast. With Inquisition you are in charge of a party of characters, some who fight with you when needs be, while others you have to leave on the bench.

There’s dragons too. The trailer oozes with dragon action. Dragon Age is a high fantasy not a gritty noir. The important issue of closing Rifts means that you’ll see all sorts of interesting encounters. The trailer uses actual gameplay footage to showcase the world and the battle to save Thedas.

The music in the video “What a Wonderful World” by Joseph William Morgan featuring Shadow Royale. I suspect it’ll get some extra downloads now thanks to the trailer!

The video in this post is sponsored by EA. It is an advert. The text and commentary is written by me, without influence from third party and that includes all the typos. Money raised from sponsored videos go towards hosting fees and last month’s costs were a shocker. 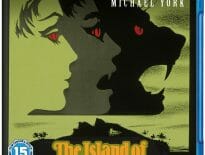 Movies Not a shipwreck: A review of the Island of Doctor … 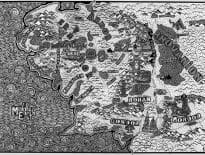