You are here: Home / Games / Tabletop & RPGs / From the Inkwell: Evolutionary gaming versus mortality in RPGs 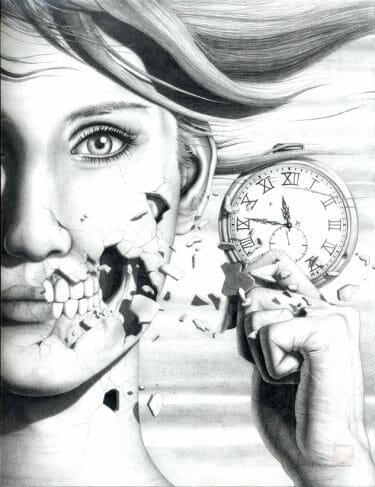 Randall C Ellis is the writer and designer of titles like Sojourner’s Quest and Sojourner’s Moon.

Established in 2012, the publisher Sojourner Games began with the idea;

We believed that an exhilarating answer to the Old School Renaissance need for an adventure fantasy role playing game was possible.

In this guest post Randall discusses his idea of evolutionary gaming.

Evolutionary Gaming Versus Mortality in RPGs

I believe we all, or almost all, have progressed beyond the slay-creature-to-get-treasure mentality; we are looking for something with more depth, perhaps even with more meaning in gaming. So as inveterate gamers, where does this lead us, and what thoughts are we having when we think – meaning in a game? I know as a Game Master, making a game unique, after creating hundreds of battle scenarios, becomes challenging. And unless – and I say this partly in jest – you have a copy of Vladimir Propp’s Morphology of the Folk Tale nearby, the quests and campaigns may become somewhat mundane. Of course, if we are moving towards more dungeon crawls, then we shall need more resources to fill a never-ending lack/need of information to keep games fresh. I merely want to view the perspective of adding depth to an existing game system.

So what about mortality in role playing games and what does it mean? Usually the threat of mortality is enough to deter the rash actions some Players might undertake. Sometimes experience will inform the Player it is wiser to run than to slay. The alternative is Character death, and no one likes that. At base, is that all there is to Character mortality? Probably.

Okay, so we basically know about the futility of dying in game terms. Let’s look at living in game terms; the art of surviving for a better future. I call this approach – evolutionary gaming, and I see it as a progressive movement away from dungeon crawls.

The idea of evolutionary gaming can be described as adding a new dimension to role playing games. It is a way of looking at how and why we game with a more conscientious perspective. I am convinced this is not a new idea, but I am unaware of others applying it in their fantasy RPGs. Fate may be the only other system, published by Evil Hat Productions, that attends to this idea. Evolutionary gaming is not slaying the creature to get treasure traditional way of gaming; rather it is working from the perspective of making other players more thoughtful and responsive in their utilization of game Character statistics and character development.

To be more precise, the utilization of Character game statistics is a Player initiated gaming technique where the Player seeks to receive an Experience Award for using basic Character Skill Scores. The use of Character Type knowledge is also permitted and encouraged. The Player is awarded the bonus due to having an excellent: a] plan of action, and, b] a successful enactment of that action. If the Player carries through with the strategic plan, she must be prepared for the luck of the dice roll. Should success be indicated at the final roll, then all has proceeded well. If, however, the dice are unkind and reveal that something has gone awry, it falls to the Journey Master to interpret the results. Something has transpired to foil the attempted plan, and it shall make for a curious game indeed when the event is exposed.

One such event might involve a Thief and a strategic plan to steal an adversarial Sorcerer’s Spell books for the Thief’s Companion and comrade Sorcerer. This would solely benefit the other Player’s Sorcerer by gaining new Spells, and the Thief would gain Experience Credits by doing so. There are different story lines that are possible, and even the Journey Master can provide opportunities for the wise Player to utilize this technique for gaming.

From the Inkwell: Evolutionary gaming versus mortality in RPGs 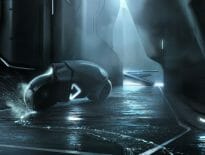 Art Stop and stare at the art of David Levy 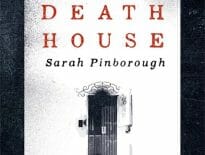