You are here: Home / Books / Life before death? A review of The Death House 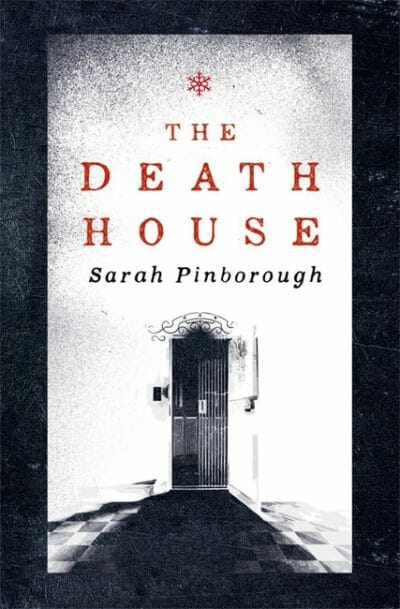 Imagine a near future in which it no longer snows in England. The Government, sometimes referred to as Black Suits, has the power and the desire to take children away from families should genetic screening suggest the presence of the Defective gene.

We can assume these Defectives have caused problems. There must be some reason for the screening and isolation policy but the reader has to imagine what has gone on in the past. We rarely get to peek out of the doors of The Death House and flashbacks do not tend to paint the big picture.

Whether it is a dystopia or a utopia outside or whether the Black Suits are right or wrong does not really matter. Once you’re inside The Death House you never leave. Inside is bleak existence that threatens to decay into a full on Lord of the Flies situation. The Death House is where children the system has identified as Detective go to die.

The attraction of The Death House is its tragedy. This book is bleak and horrible and you will love it.

The story starts off with the leader of one of the dormitories of boys doing his best to keep things calm. This means ensuring his adopted family of Defectives avoid the wrath of The Death House’s top bully.

Sarah Pinborough creates her characters quickly, breathing life into the dying teenagers and building an emotional connection with each.

As a reader you instinctively know that the fragile peace is in for a hard time when two new Defectives are delivered to the house; an older boy and a teenage girl.

I’ve seen The Fault in Our Stars as the movie. I’d never read the book. I’m not into tragi-romances. Not even a little bit. The Death House came to via Gollancz who are a sci-fi and fantasy specialist. Odd? Don’t forget that these cursed young adults are living in an all-too-possible future. The inmates of The Death House are Defective and perhaps even dangerous.

The possible danger of the Defective gene might explain why the inhabitants are drugged each night. It might explain why the nurses come in the night and wheel a way anyone showing symptoms, take them to the elevator and to the sanatorium at the top of the building. The Death House is bad enough but no one ever returns from a trip to the sanatorium.

Amazingly and against pretty steep odds; I enjoyed The Death House. I dislike tragic emotional weepy stories, remember? It’s hard to say why I enjoyed The Death House. Was it because of the faintest of faint sci-fi back drop? One element was certainly the quality of writing and character. I read Sarah Pinborough’s story in just a few sittings. It isn’t a large book (how long do you think anyone could last?) but it reads as easily as the sweetest novella.

Overall; a recommend a trip to The Death House – it’ll be a brief one.

My copy of The Death House was provided for review. Written by Sarah Pinborough, published by Gollancz, the book will be out in hardcover and ebook on the 26th of February in 2015.

Life before death? A review of The Death House

Tabletop & RPGs From the Inkwell: Evolutionary gaming versus morta…