You are here: Home / Books / Listen to The Dragons of Dorcastle

The Dragons of Dorcastle is an Audible exclusive. It’s written by Jack Campbell the author of the excellent military sci-fi series The Lost Fleet.

Two Great Guilds control the world of Dematr; the Mechanics and the Mages. The only thing that the two guilds agreed on – the world must not change. Now a Storm approaches, a Storm that could sweep away everything humans have built and only one person has a chance to unit humanity behind her and stop the Storm. The Guilds will not stand for this; they and many others will try and defeat her.

Alain is the youngest Mage ever to learn how to change the world he sees with his mind. Mari is a billiant young Mechanic who knows how to run steam locomotives. Each knows the other is a fraud but when their caravan is destroyed they may have to work together.

The Dragons of Dorcastle is narrated by MacLeod Andrews. Andrews has read Audibles like Brandson Sanderson’s Mitosis: A Reckoners Novella, Tony Abbott’s The Forbidden Stone: The Copernicus Legacy and many more.

The audio novel is due on the 2nd of December from Audible and is free if you sign up for a 30-day trial.

Listen to The Dragons of Dorcastle 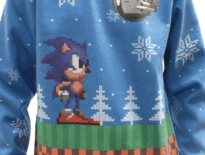 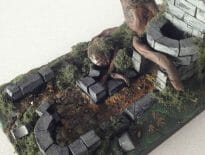