Daomu is a novel by Chinese author Xu “Kennedy” Lei. Magnetic Press and Evertold are in the last stages of a hardcover graphic novel adaptation. Kennedy oversaw the project himself, with illustration work from Concept Art House, with the goal of producing a first time introduction of his tomb robbing adventure to a western audience.

The original novel sold more than 3 million copies in 2010 – and that’s not counting the black market – which has made Xu one of the most in-demand novelists in China. Kennedy is sometimes called “China’s Stephen King” and several film and TV projects are in development.

In Daomu a young Chinese American called Sean Wu is called back to China to meet his father and finds murder instead. He’s pulled into the mystery of the Daomu, a group of international tomb robbers, who have to cope with a globe-spanning labyrinth of ancient catacombs in search of artifacts that could destroy humanity, or save it.

You can pre-order Daomu at Amazon.com. Thehardback is due out in January 2015. 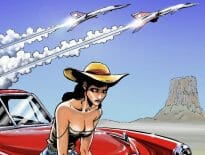 Online Shows Amazon to pilot The Man in the High Castle 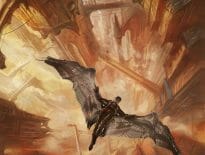