Backers at just the $7 mark get access to the PDF Player Bundle and those at the $14 mark get the Corebook PDF. The print edition of the Player’s Guide opens at $25.

Reynolds has worked for both Wizards of the Coast and Paizo. He knows the scene. The Five Moons RPG promises to be easy to learn and fun to learn, have less dependance on gear and balance between the classes.

The Five Moons Corebook is set to be a 128-page hardcover while the Player’s Guide is a trimmed down version of that coming in at 64-pages. If the campaign hits $35,000 then that will pre-fund the Monster Guide too. The assumption is a Monster Guide may require additional Kickstarters if this campaign doesn’t make that goal.

Sean K sets out a series of goals for the game. He wants a pseduo-medieval fantasy but without “realism” hindering characters. That’s an issue he explored in September in a blog post caleld Crossbrows and Not-Earth’s Physics back when Five Moons was known as Project Pentagon.

Five Moons also aims to get the rate of leveling into a sweet spot where characters don’t get stuck for too many game sessions. This is a debate that seems very timely given the multi-milions invested in Destiny and the debates therein. 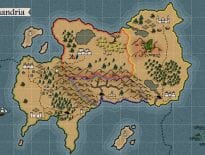 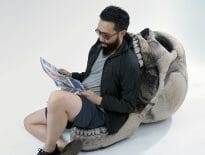