You are here: Home / Movies / Demonically intense: A review of Berserk 3 – The Advent

It was two years ago that I watched the first two new Berserk movies. The Egg of the King creates an interesting cast and world. Then as the second movie, The Battle for Doldrey, ends we get a kick in the teeth and things look to be over for our characters.

The third movie, The Advent, teases with a rescue. It’s a trick. That glimmer of hope is just there so we can witness an even greater fall through a series of shocks. It’s intense. This is an 18. This is not for gran.

I was really keen to watch the Berserk movies because I’d seen the original anime series right up to the point where their funding ran out. The series was cut off right in the middle of one of the intense scenes that The Advent includes. Good, right? Only a little. This movie just carries the story on a little further and stops. Berserk is a far larger series than these three movies cover. Brace yourself for a “Wow. You can’t end there…” conclusion but at least it’s some sort of conclusion. Kinda.

The animation in Berserk 3 is great. They know it too. Throughout the first third of the movie expect lots of tracking shots into the sky, over waterfalls and through the woods. It happens so often you might begin to wonder if this is filler content – except it’s so wonderfully drawn. It’s not filler. This is the calm before the storm. These will be your last sights of the old world.

I think there’s some debate around who should watch Berserk above and beyond the 18-certificate. If you enjoyed the first two movies and aren’t especially fond of the sort of anime that’ll pick up the adult rating then perhaps, just perhaps, you leave your Berserk there. That means leaving Griffith at the mercy of the Midlands and Guts off on his own.

On the other hand; if you know Berserk already through another medium then you know what’s coming. You’ll likely want to see the story come to life.

Overall? This was intended to be intense. It succeeded. The Berserk legacy will live on.

My copy of Berserk: Movie 3 – The Advent was provided for review. Available via Manga UK on the 6th of October on DVD and Blu-ray.

Demonically intense: A review of Berserk 3 – The Advent 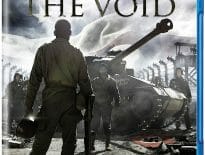 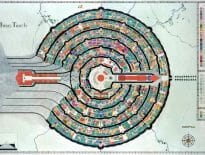 Tabletop & RPGs Mapping Minas Tirith
💰 Copper Coins 💰 Geek Native is an affiliate and may earn commission on purchases you make from third-party sites.
🍪 Privacy & Cookies 🍪 The site uses cookies to survive. By accessing the site, you agree to use your browser to control cookie use or take 1d4-3 privacy damage (tracking). If you defeat cookies via ad blocking, please consider the Patreon. An intro to cookies, and how to control them, can be found here. I Manage Cookies