You are here: Home / Books / Those Crazy Olympians: Zeus is Dead 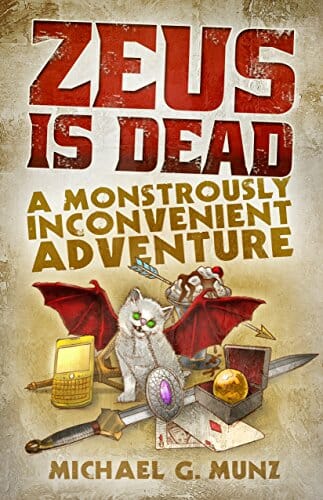 I downloaded Michael G. Munz’s Zeus is Dead: A Monstrously Inconvenient Adventure and thought it had broken my Nexus 7. Why? The reader said 9999 pages. There was no error, the book is that big and Amazon estimates 484 pages if you use a Kindle to approximate a physical book.

There’s a lot of adventure after Zeus dies. Monsters return to Earth. The gods come back to and ask the synopsis for the book asks; “Did you myth them?”

I think that joke sets the tone and expectations for the book. There’s comedy, Greek mythology and adventure in equal mix.

An unemployed online poker player called Leif finds himself caught up in a prophecy which may reveal which god or goddess murdered Zeus. This is not a safe position to be in. Leif quickly encounters Tracy Wallace, the TV producer of a show called Monster Slayer (who says reality TV can’t adapt to the return of gods) and the muse Thalia.

As it happens the Muses expanded their portfolios as human culture evolved. Thalia is no longer the muse of comedy. She’s also know the muse of comedy and science fiction. Without a doubt Thalia is the best character in the book. Whereas the 7 foot tall ice cream sundae that ends up with godlike powers is one of the worst.

The humans, even with Thalia’s help, would be doomed – especially when the God of War takes a dislike to them but they have an unlikely ally in Apollo.

Munz’s adventure comedy is a laden with geek culture. Readers often encounter this as Leif and Thalia make sci-fi jokes that go over the head of the heroic TV producer. The main plot threads (and there a few in all those pages) are geek. In fact, the geek concept of the “idiot ball” is made manifest in A Monstrously Inconvenient Adventure.

The way the Munz starts writing to the reader directly feels pretty geeky too. It often works; but not always. I read a lot but really wasn’t expecting a book like this to break the fourth wall and start chatting to me. The Muses seem to understand they’re in a book too. It all started to get a bit Deadpool at times. Make of that what you will.

The only reason I took so long to wade through Zeus is Dead is because it’s such a large book. The pages turn swiftly as it’s an easy read. Don’t expect a story of brave humans struggling in a contemporary fantasy adventure. The power levels start high and remain so. Zeus is Dead rather proves that with great power comes great irresponsibility.

Should you read Zeus is Dead? I had it on my Nexus 7 when I jetted off on vacation. It’s a good holiday read and I’m glad I had it. If you’re into geek culture books – those laden with geek culture jokes, geeky heroes and which don’t need to explain to you what a Muse is – then, yeah, Munz’s Monstrously Inconvenient Adventure is for you. If you’re used to tightly focused, very serious, crime dramas then this particular murder mystery is less likely to please.

My copy of Zeus Is Dead: A Monstrously Inconvenient Adventure was provided for review. Published by Booktrope, July 2014.

Those Crazy Olympians: Zeus is Dead 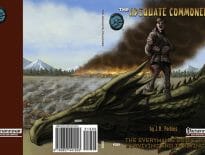 Tabletop & RPGs The weakest class will thrive with The Adequate Co… 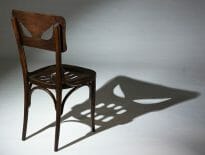 Tabletop & RPGs The Evil DM chair
💰 Copper Coins 💰 Geek Native is an affiliate and may earn commission on purchases you make from third-party sites.
🍪 Privacy & Cookies 🍪 The site uses cookies to survive. By accessing the site, you agree to use your browser to control cookie use or take 1d4-3 privacy damage (tracking). If you defeat cookies via ad blocking, please consider the Patreon. An intro to cookies, and how to control them, can be found here. I Manage Cookies